2022 Mahindra Scorpio N in a walkaround video at dealership

The Scorpio N has created a lot of hype around it in the Indian market. People are eagerly waiting to check it out in person. Here, we have Scorpio N’s first walkaround video at a dealership yard.

The video is uploaded on YouTube by The Car Show. In the video, we can see that the SUV is finished in black colour. The body is still wrapped with white plastic for protection. It seems like it is one of the higher variants and is equipped with a manual gearbox.

The Scorpio N is equipped with a bench seat for the second row. The third row is also front-facing. As we can see that the interior is finished in a dual-tone theme of coffee brown and black colour. There is white stitching also on the upholstery. 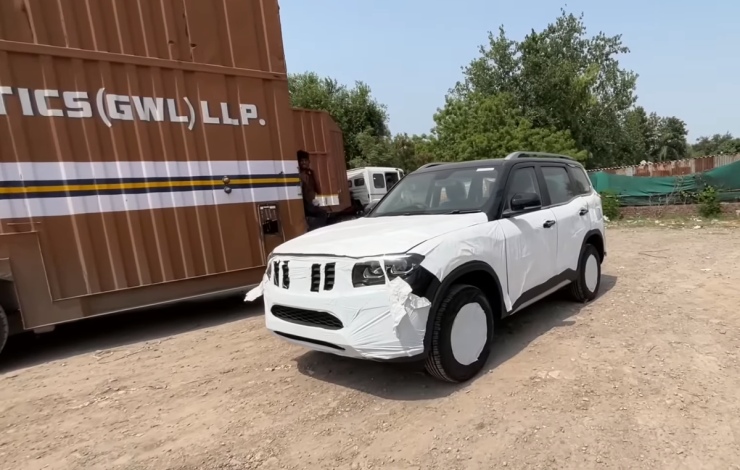 The SUV is equipped with speakers sourced from Sony, adjustable headrests, a push button to start/stop the engine, keyless entry, a multi-function steering wheel, a rear parking camera, a multi-information display, dual-zone climate control and much more. It seems like the SUV is also equipped with front and rear parking sensors. There is no 360-degree parking camera on offer. Some of the components are shared with the MX variant of the XUV700. So, the infotainment system, gear lever, steering wheel stalks and the analogue instrument cluster are taken from the XUV700. 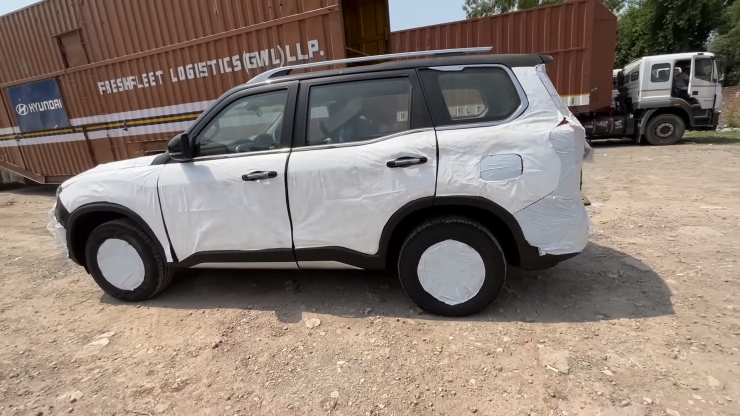 The host gives a special mention of the size and the road presence of the SUV. There are twin-pod projector headlamps in the front that uses LEDs and there are also swiping turn indicators. The fog lamps are also LEDs and there is a C-shaped LED Daytime Running Lamp around it. The six-slat grille of Mahindra and the new twin’s peak logo is covered with plastic. The rear tail lamps are also new but they are still vertical units. The reversing lights are placed on the bumper.  The Scorpio N still comes with a stepped-up roof just like the previous version used to come with.

The host also shows us the boot space of the Scorpio N which does not seem enough when the third-row seats are being used. There is also an electric sunroof on offer. There are soft-touch materials used. 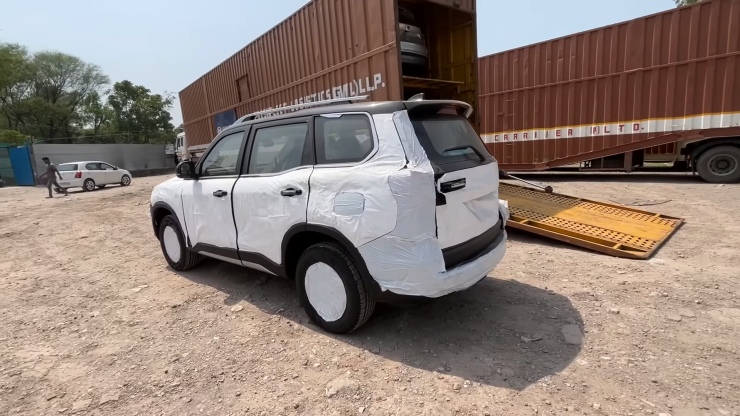 The alloy wheels are also covered but the host says that they measure 17-inches. We know that they are newly designed that comes with a diamond-cut finish. There is a chrome strip on the door handles. The rear occupants get blower controls, AC vents and a USB Type C port. The cabin lights are LEDs now.

We already know that Mahindra will offer the Scorpio N with a diesel as well as a petrol engine. Both are shared with the Thar and XUVV700. However, the power and torque output are expected to be different for the Scorpio N. Both engines will be offered with a 6-speed manual gearbox or a 6-speed torque converter automatic transmission. The diesel engine will also be offered with a 4×4 drivetrain.

The Scorpio N has created a lot of hype around it in the Indian market. People are eagerly waiting to check it out in person. Here, we have Scorpio N’s first walkaround video at a dealership yard. The video is uploaded on YouTube by The Car Show. In the video, we can see that the…