The video has been uploaded by Cars For You on their YouTube channel. In this video that was recorded from Mumbai and the actor is seen walking out from a studio. The actor is accompanied by his driver and he simply sits in the Lamborghini Urus and drives away. The actor does not pose for pictures with or without the car. Lamborghini Urus as mentioned above is very popular among celebrities in India. The all-white colour Urus is different from the ones that was owned by other celebs. The SUV looks very premium and does not have any flashy colour to it.

Urus is not the first-ever SUV from Lamborghini. The manufacturer had made LM002 SUV which was available on sale in the 1980s. Urus is much more advanced and feature loaded than the old basic and basic SUV. Coming to the details, the Lamborghini Urus is based on the same platform as Audi Q8, Porsche Cayenne and Bentley Bentayga. When compared to these SUVs, Lamborghini Urus is the most sharp and sportier looking SUV. It is also the most practical Lamborghini as it comes with 4-doors. 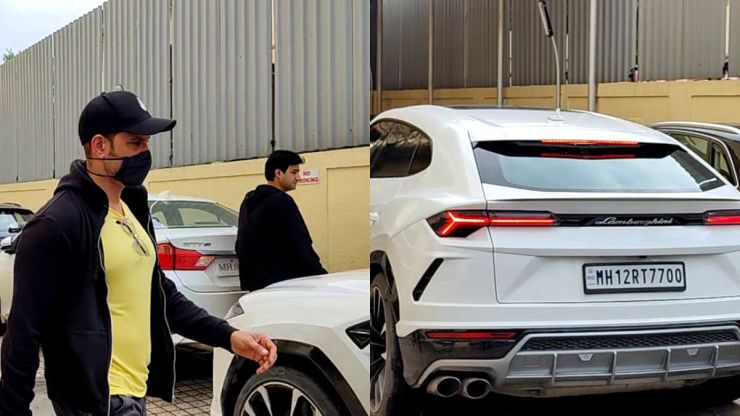 Lamborghini Urus is powered by a 4.0 litre. twin-turbocharged petrol engine that generates 650 Ps and 850 Nm of peak torque. It is paired with a 8-speed ZF automatic transmission and the power is sent to all the wheels. Other than Hrithik Roshan actors like Kartik Aaryan, Ranveer Singh, Rohit Shetty, Junior NTR, cricketer Rohit Sharma, Adaar Poonawalla and Mukesh Ambani also own a Lamborghini Urus in their garage. Indian singer Badshah also bought a Lamborghini Urus recently. It is the second Lamborghini Urus that the singer owns.

Other than these, Malayalam actors like Prithviraj and Fahad Faasil also own this SUV. While Prithviraj opted for a pre-owned Lamborghini Urus, Fahad Faasil bought a brand new unit. Coming back to Hrithik Roshan, like many other celebrities in Bollywood, he also has a garage with a variety of luxury cars in it. The actor owns cars like Rolls Royce Ghost Series II, Range Rover Vogue, Porsche Cayenne Turbo, a 1996 model vintage Ford Mustang, Mercedes-Benz S-Class, Mercedes Maybach S600, Mini Cooper S, Mercedes-Benz V-Class luxury MPV fully customised by DC2 and many more.

The Lamborghini Urus is not a cheap SUV by any means. Just like many other luxury cars, a variety of customisation option is available for Urus. Customer can choose from them or else get a custom shade. Depending up on the colour and the material that the customer would choose for the exterior and interior, the price for the SUV would go up. The price for Lamborghini Urus SUV starts at Rs 3.15 crore, ex-showroom, India.