Actor Jitendra Kumar who became famous for his role as Jeetu Bhaiya in the web series ‘Panchayat’ has now bought a brand new Mini Countryman. Mini Cooper and Mini Countryman are popular among celebrities in India and we have featured some on our website as well. The brand new Countryman bought by Jitendra Kumar is actually finished in Silver shade and images of the same have surfaced online. BMW used to sell Mini models in India as CBU but in 2018, they started local assembly of these models which made these cars a lot more affordable than before. Mini Countryman is still not a cheap car by any means, it costs around Rs 42 lakh, ex-showroom. The Mini Countryman is a four door luxury hatchback from the manufacturer. Mini is an iconic British car brand that has been present in India for a very long time now. The Mini Countryman gets a slightly different design when compared to the regular 2-door Mini Cooper. It is a lot more wider and longer. Although it is different, it is still unmistakably a Mini. The headlamp design is more squared than oval and it comes with a black border around it. The headlamps are projector LED units with integrated LED DRLs in it.

The mini badge is placed on the centre on the bonnet just above the front grille. The front grille is a wide unit with S branding on it. The Mini Countryman gets a muscular bumper with a air vents and fog lamps on the lower portion. The hatchback bought by the actor is finished in dual-tone and the side profile gets typical Mini like design elements. The Countryman gets a bulky look rear with LED tai lamps with Union Jack design in it. Countryman badge can be seen on the tailgate as well. 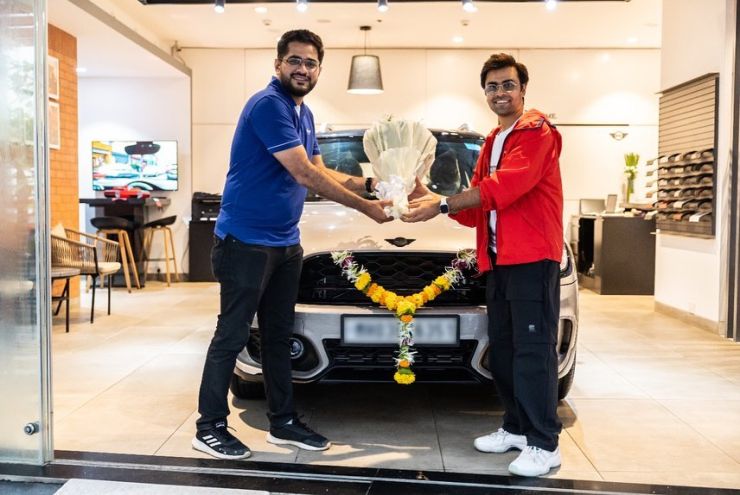 Mini Cooper Countryman is available in two variants in India. There is a regular Cooper S and Cooper S JCW version. It looks like the actor has bought the regular S variant. Both these models are assembled here in BMW India’s plant in Chennai. Mini Countryman is available in six colour options. All these options are dual-tone. The Mini Countryman is powered by a 2.0 litre, four-cylinder, turbocharged petrol engine that generates 189 bhp and 280 Nm of peak torque. This engine is mated to a 7-speed DCT gearbox as standard and it comes with Sport and Green drive modes as well. Mini Countryman is a powerful car. It is a front wheel drive car that can do 0-100 kmph sprint in just 7.2 seconds and has a top speed of 225 kmph.

It offers all the features that you would expect from a luxury hatchback at this price. It gets a round touchscreen infotainment screen, multi-function steering wheel, dual-zone climate control, electric sunroof and so on. Like many mainstream car manufactures, Mini has also started manufacturing electric cars. Mini Cooper SE which is the electric version of Mini Cooper was launched in India at Rs 47.20 lakh, ex-showroom. Only 30 units were allotted to India and is sold as a CBU.