Mahindra will be launching the Scorpio N on June 27th in the Indian market. It is the new generation of the Scorpio but that does not mean that Mahindra will discontinue the current Scorpio. It will be renamed Scorpio Classic once the Scorpio N. Now, the new SUV has been spotted at a dealership without any camouflage.

The video is uploaded on YouTube by chenarambhadu7417. In the video, we can see the Scorpio N is finished in white colour. There will also be other colours on offer. Mahindra has revealed a Metallic Red and a Green colour for the upcoming SUV. The pictures of the Scorpio N are clicked at a service centre of a dealership.

The first thing that we notice is that the Scorpio N looks butch and has a great road presence even in this simple shade of white. There is plenty of chrome in the front. There is a six-slat grille with a chrome strip above the grille. 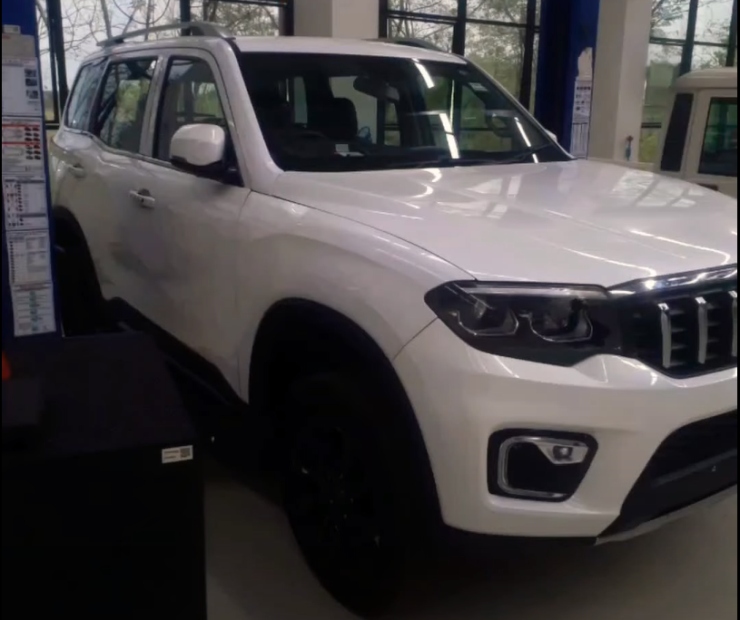 There are twin-pod projector LED headlamps along with C-shaped LED Daytime Running Lamps that surround the LED fog lamps. The design of Scorpio N is squared-off. There are roof rails, and 18-inch diamond-cut alloy wheels. The windows are surrounded by a chrome beltline. 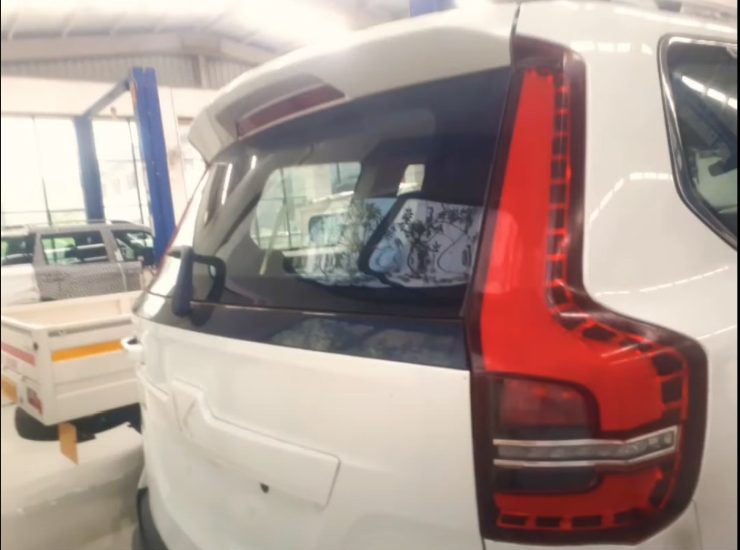 At the rear, there are vertical LED Tail lamps that do look a bit Volvo-like. Some might say that they are inspired by the previous generation of the Scorpio. We can also see that Mahindra is using their new twins-peak logo on the Scorpio N. There is also a rear wiper with a washer and a door handle to open the side-hinged tailgate. 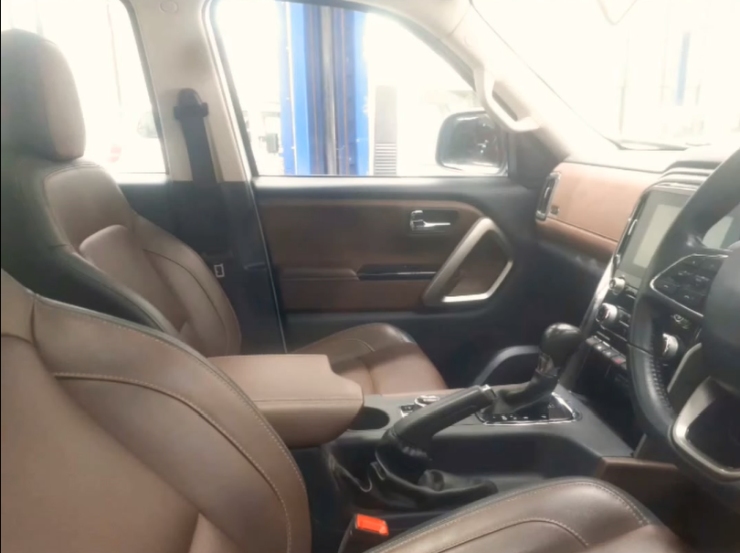 There are also some shots of the interior. We can see that the interior does look significantly more up-market when compared to the current Scorpio. It is finished in a brown and black combo with white stitching. There are perforated leather seats, armrest, leather-wrapped steering wheel and gear lever and it seems like there is a soft-touch finish on the dashboard also. 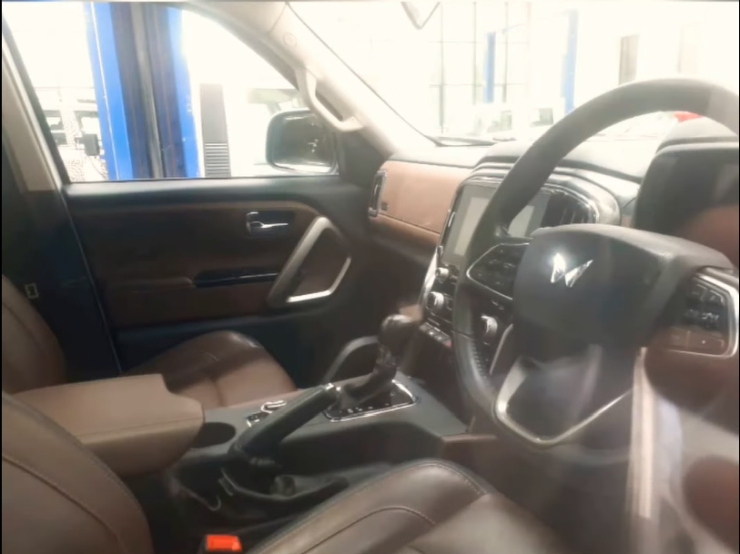 Mahindra will offer the Scorpio N with a captain seat as well as a bench seat for the middle row. There would be an easy fold and tumble function to make it easier to get inside and out. This time the third row will also be front-facing. On the lower variants, there could be side-facing jump seats. 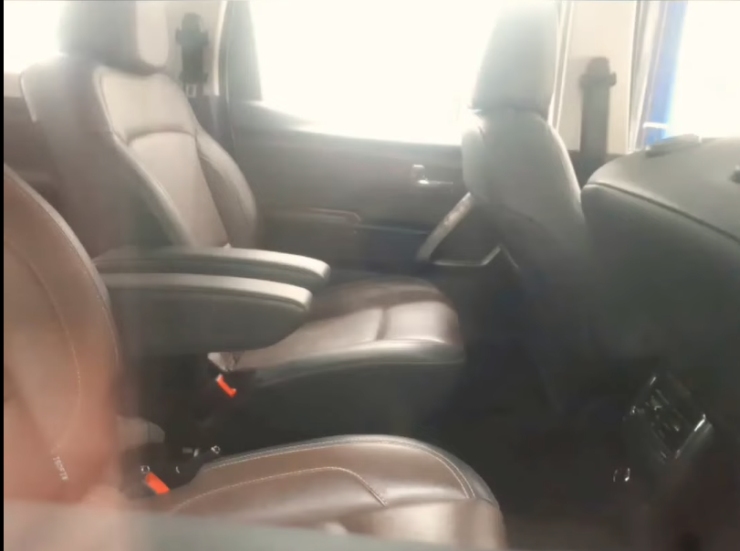 We can see an automatic gear lever on the Scorpio N which means that this is the automatic variant. It will be a 6-speed torque converter automatic transmission. Mahindra will offer the automatic gearbox with petrol as well as the diesel engine. Both the engines come from the Thar and XUV700 but they are running different states of tune. They get a 6-speed manual gearbox as standard. 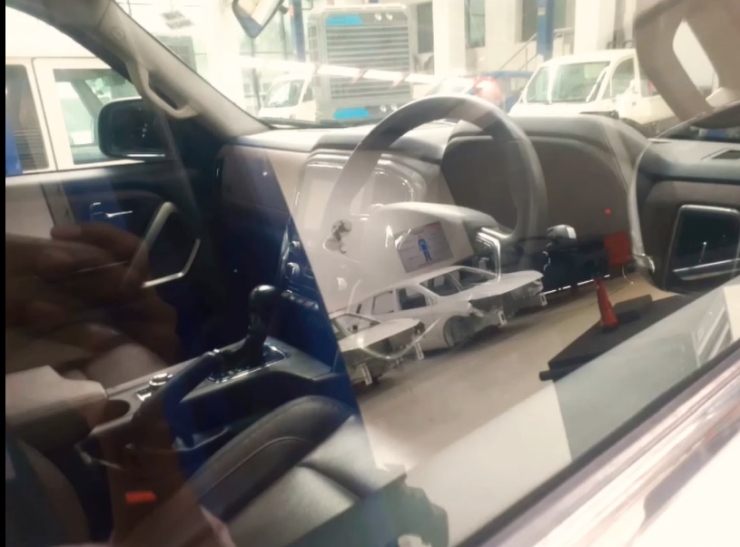 There is also a rotary dial right behind the gear lever which will help you change the terrain modes. There will also be some kind of 4×4 system on offer that Mahindra is calling ‘4Xplor’. Considering that the Scorpio N is still based on a ladder frame chassis, it would still be pretty capable when it comes to tough terrains.

Mahindra will be launching the Scorpio N on June 27th in the Indian market. It is the new generation of the Scorpio but that does not mean that Mahindra will discontinue the current Scorpio. It will be renamed Scorpio Classic once the Scorpio N. Now, the new SUV has been spotted at a dealership without…