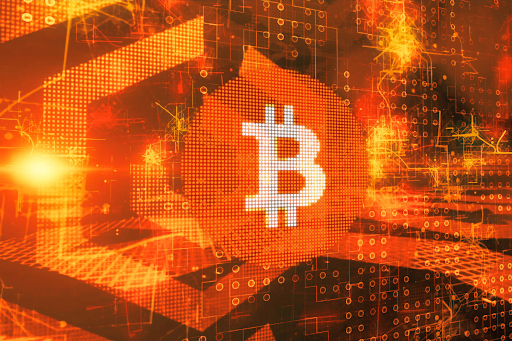 The crypto industry has grown from strength to strength over the last few years, as is best made evident by the market’s rapidly growing valuation. Bitcoin, in particular, has seen its dominance grow exponentially recently, with more and more people continuing to view the asset as more than just a long-term store of value (SOV).

This is because a growing list of developers have been continually making use of the asset’s rapidly evolving dApp framework, helping them gain access to an extremely high level of decentralization, network security, and scalability quite seamlessly.

To expand upon this subject, up until now, most folks have largely relegated their crypto development activities to networks such as Ethereum, Solana, Binance Smart Chain, Tron, etc. However, with the Bitcoin network’s native capabilities being constantly upgraded in recent months, the flagship crypto has continued to garner an increasing amount of traction among dApp builders.

In this regard, it should be mentioned that one of the things that had held Bitcoin’s mainstream adoption back for the longest time was its lack of smart contract programmability. However, with a host of novel offerings such as Stacks — an open-source network of decentralized apps and smart contracts built on Bitcoin — having made their way into the market, developers can now gain access to all of these untapped features while also being able to tap into other advantages such as censorship resistance, amazing liquidity, transparency, etc. afforded by the Bitcoin network.

Devising novel applications on the Bitcoin ecosystem has continued to become easier, primarily because a growing number of third-party projects have worked at improving Bitcoin’s technical base. For example, as mentioned earlier, Stacks utilizes BTC’s secure, open and permissionless structure while allowing developers to use a wide range of future-ready technologies such as non-fungible tokens (NFTs), smart contracts, and decentralized finance (DeFi).

Not only that, but the project also employs a unique architectural framework consisting of layer-2 sidechains called ‘Subnets’. To simplify matters, one can consider subnets as being peripheral scaling solutions that are designed to help increase the overall throughput of the Stacks ecosystem (scaling it up to levels currently being offered by Solana) while reducing issues related to latency. This can make it easier to mint large numbers of NFTs, process high-volume transactions, etc. on the Bitcoin network seamlessly.

Technically speaking, each subnet consists of its very own set of miners and consensus rules that are totally independent of the Stacks main chain. Over time, numerous subnets will make their way into the market, with each of them deploying a different consensus model and being built for a unique purpose. Users can interact with a specific subnet by depositing and withdrawing assets from its associated smart contract, with the latter being directly associated with the Stacks mainchain and settling transactions directly on the Bitcoin network.

Bitcoin’s mainstream clout continues to grow, and rightly so

There’s no denying the fact that Bitcoin is considered to be the universal standard, as far as cryptocurrencies go. This is because the asset still, by and large, charts out the direction in which the digital currency market moves in. To this point, there is enough statistical info to showcase Bitcoin’s supremacy. Recently released data shows that approximately sixty percent of the 38M BTC wallets today have held onto the asset for over a year at a single stretch, indicating that the flagship cryptocurrency is no longer considered to be a speculative, short-term profit accrual tool.

Also, from a numbers standpoint, it is worth highlighting the fact that a number of mainstream giants as well as sovereign nations have continued to back Bitcoin. For example, the central American nations of El-Salvador and the Central African Republic recently recognized BTC as legal tender within their borders. From a liquidity perspective, during Q4 2021 alone, BTC’s average trade volume stood at $41.5B, easily overshadowing its closest rivals, including Ethereum ($19B), Cardano ($7.3B), and Solana ($2.6B), amongst others.

The future looks good for BTC

Despite projects like Ethereum and Solana being hailed as the development hotbeds of the decentralized application (dApp) sector, Bitcoin’s existing framework offers users one of the most diverse, untapped markets in existence today (at least when it comes to the realm of DeFi). Although, while some functional issues still remain in relation to Bitcoin’s technicals, projects like Stacks are looking to help erase these bottlenecks, thus allowing developers to freely design and deploy smart contracts and decentralized applications atop the BTC ecosystem.

The crypto industry has grown from strength to strength over the last few years, as is best made evident by the market’s rapidly growing valuation. Bitcoin, in particular, has seen its dominance grow exponentially recently, with more and more people continuing to view the asset as more than just a long-term store of value (SOV).…

Previous Post
The Askian Door social hub by Spells of Genesis comes to The SandBox
August 24, 2022
Next Post
Zilliqa takes a bet in the gaming space by launching WEB3WAR
August 24, 2022