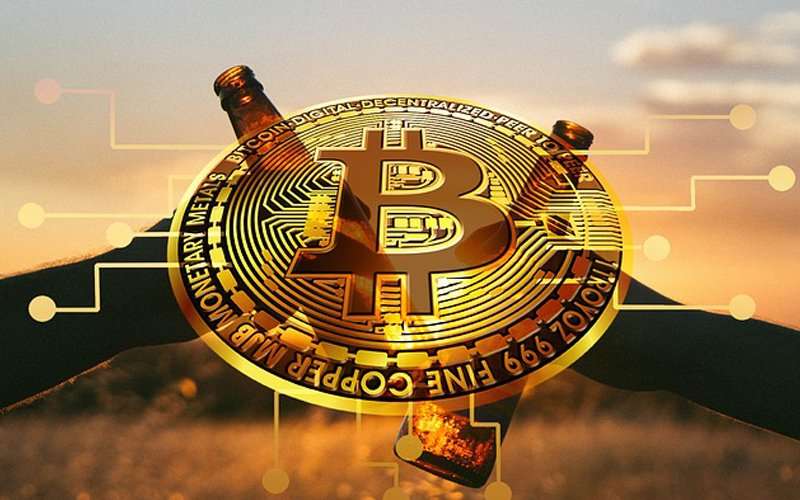 Cryptocurrencies have had a relatively difficult year in 2022. Bitcoin, the biggest coin in the world, crashed by over 56% in the first eight months of the year. Altcoins like Ethereum, Solana, and Cardano also had a similar performance. As a result, the total market cap of all digital currencies slipped from an all-time high of over $3 trillion to less than $1 trillion. In this article, we will assess why BTC dropped and whether its price will rebound in 2022.

Bitcoin prices crashed in 2022 for several reasons. First, its price dropped because of the soaring inflation and the changing tone of the Federal Reserve and other global central banks. In a bid to fight the soaring inflation, the Fed embarked on its most hawkish period in modern times. It hiked interest rates by 225 basis points and started a quantitative tightening program.

Historically, Bitcoin and other risky assets tend to underperform in periods of high-interest rates. This also explains why other financial assets like stocks declined while bond yields rose to the highest point in years.

Second, unlike in 2021, governments dramatically reduced their fiscal stimulus in 2022. For example, the American government provided two stimulus checks in 2021. Most of these funds ended in the cryptocurrency industry. Instead of stimulus, consumers had to deal with soaring inflation.

Third, the collapse of key players in the cryptocurrency industry contributed to the collapse. Some of the top companies that crashed were Terra, Three Arrows Capital, Celsius, and Voyager Digital. As a result, there was fear of contagion in the market.

Bitcoin was trading at $20,000 on August 31st. Therefore, it means that the coin needs to double to get to $40,000 by the end of 2022. For that to happen, the Federal Reserve needs to signal that it will end its hiking cycle in the near term.

Recently, however, the Fed has insisted that it will continue hiking interest rates. It also signalled that it will leave interest rates higher even when inflation starts to stabilise. Therefore, BTC will likely find it difficult to hit $40,000 unless the Fed changes its tune.

Still, some analysts believe that BTC has more upside in 2022 and beyond. For example, Cathie Wood has maintained her call that the coin will soar to $1 million by 2030. She is optimistic that the bearish market will capitulate in the coming months.

Should you adapt to the market conditions or be ready for future market changes?

Still, there are some catalysts that could drive BTC prices higher in 2022. First, the Ethereum merge is expected to happen in September. Merge is a process that will combine the current PoW Ethereum with the Beacon Chain.

Ethereum merge will not have a direct impact on BTC, which will continue being a proof-of-work (PoW) cryptocurrency. However, it will likely impact it indirectly because of the close correlation that exists in the cryptocurrency industry. BTC price will likely rally if ETH rallies after the merge.

Another potential theme that will emerge in the final part of the year is the use of cryptocurrency bots. Robots are products that conduct analysis and execute trades.  To some extent, some crypto traders using robots such as Bit Index AI have seen their positions stunted, and growth slow, as Bitcoin continues to decrease in value. Some trading robots have nonetheless been successful during this year’s volatility.

Meanwhile, many countries are coming up with regulations that could affect Bitcoin prices. Some of the key regulators to watch in the final part of the year are the Securities and Exchange Commission (SEC), the Monetary Authority of Singapore (MAS), and the European Securities Market Authority (ESMA).

Bitcoin has had a tough year in 2022 as concerns about monetary policy, regulations, and fiscal policies remain. Its performance has mirrored that of other financial assets like stocks and bonds. Looking forward, its recovery will hinge on how the Fed will react to the tightening labor market and declining inflation in the US. In fact, the currency made some gains in August as investors anticipated for the bank to start easing as inflation retreated. It then slipped when Jerome Powell and other members of the central bank hinted that rates will remain high at the Jackson Hole Symposium.

Cryptocurrencies have had a relatively difficult year in 2022. Bitcoin, the biggest coin in the world, crashed by over 56% in the first eight months of the year. Altcoins like Ethereum, Solana, and Cardano also had a similar performance. As a result, the total market cap of all digital currencies slipped from an all-time high…