Among all the Mercedes Benz models sold in India, the G-Class holds a niche for itself. It is the only vehicle from the German carmaker which has an essence of hardcore off-road pedigree and has a strong lineage backing its iconic status. Among all of its variants, the G63 from Mercedes-Benz’s AMG division ranks as the fiercest, as it is the most performance-oriented variant in the lineup of G-Class. Even in India, the Mercedes-AMG G63 is a popular choice among elite car buyers, and the most recent buyer of this SUV is Bollywood actress Shilpa Shetty.

In a YouTube video uploaded by CS 12 Vlogs, we can see the brand new rose gold-coloured Mercedes-AMG G63 which has been purchased by Shilpa Shetty’s husband Raj Kundra. The G63 is registered under Kundra’s company’s name. According to the details from the RTO Parivahan app, the new Mercedes-AMG G63 was recently purchased in August 2022. In the video, the SUV is seen rolling on the busy streets of Mumbai. Also, the SUV purchased by Kundra is in a very unique shade of Rose Gold, which is rarely seen in an SUV of this cadre. 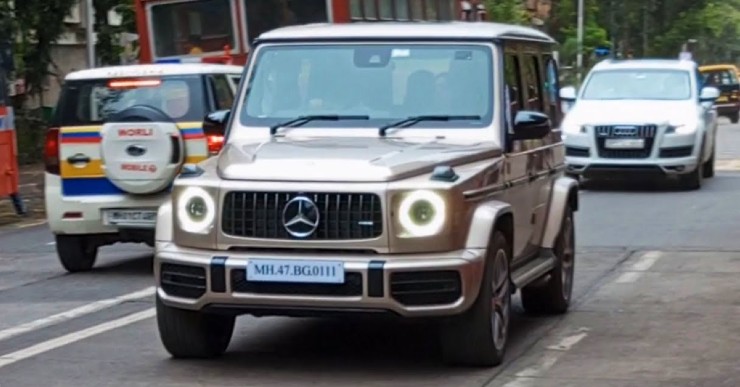 The Mercedes-AMG G63 is the performance-oriented version of the G-Class, which is also popularly known as G-Wagen. Compared to the standard G-Class, the G63 gets a host of visual tweaks and most importantly, a fire-breathing engine under its hood. The Mercedes-AMG G63 gets a 4.0-litre twin-turbo V8 petrol engine, which is available in this SUV since 2018 when the second-generation version of the SUV broke its covers in India.

Paired to a 9-speed Tiptronic automatic transmission, the Biturbo V8 engine of the Mercedes-AMG G63 produces a maximum power output of 585 PS and a peak torque output of 850 Nm. These figures do make the Mercedes-AMG G63 one of the most powerful SUVs in its class. Adding to this engine, the G63 also gets a host of features and drive modes which make it a proper off-road-oriented vehicle. There are very few SUVs in the world which can scorch the tarmac and go the road less taken at the same time, and the Mercedes-AMG G63 is one of those SUVs.

Currently, the Mercedes-AMG G63 is priced at Rs 2.55 crore, which makes it a potent rival to other performance-oriented SUVs like Lamborghini Urus, Range Rover Sport, Maserati Levante Trofeo and Aston Martin DBX. 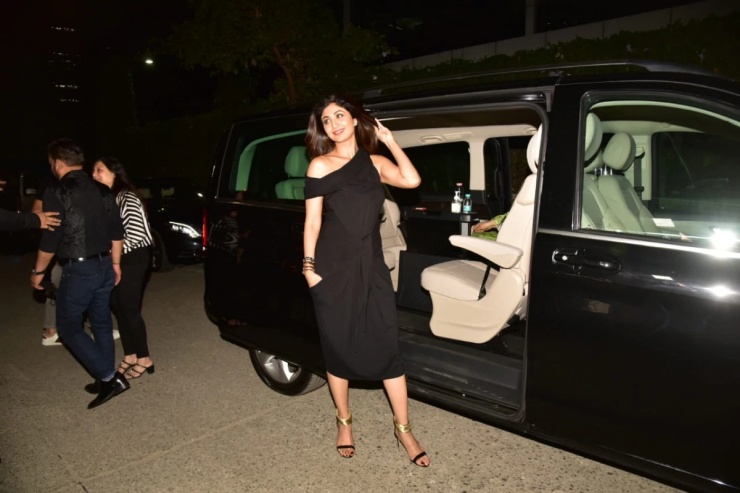 Shilpa Shetty has an amazing collection of cars including a Bentley and a Lamborghini. She also bought a used Range Rover Long Wheelbase version, which offers acres of space. Apart from that, the Range Rover is extremely capable and can do amazing stuff when it goes off the road. It was also bought from BBT in 2018. This is a pre-facelift version of the Range Rover and it came with a price tag of around Rs 1.8 crores when bought new. Shetty also owns a luxurious vanity van.

Among all the Mercedes Benz models sold in India, the G-Class holds a niche for itself. It is the only vehicle from the German carmaker which has an essence of hardcore off-road pedigree and has a strong lineage backing its iconic status. Among all of its variants, the G63 from Mercedes-Benz’s AMG division ranks as…