The incident happened in Panipat, Haryana at late night. The owner of the Skoda Slavia got the delivery of the car only a day before the accident. According to the information provided by the owner, the accident happened on a single-lane road, which did not have any street lights.

Also read: What has happened to Toyota in India? An interesting perspective

The driver of the Etios Liva was driving the car at a high speed and the driver lost control of the vehicle at a turn and collided with the Slavia head-on. The collision caused the Etios Liva to fall down into the fields. While the Skoda Slavia also fell down from the road.

Both the vehicles are badly damaged. However, the structural integrity of both cars looks good. There is no breach in the cabin and the video also shows that all the airbags of the Slavia worked perfectly. No one received any injuries and all of the occupants in both vehicles walked away from the accident spot. 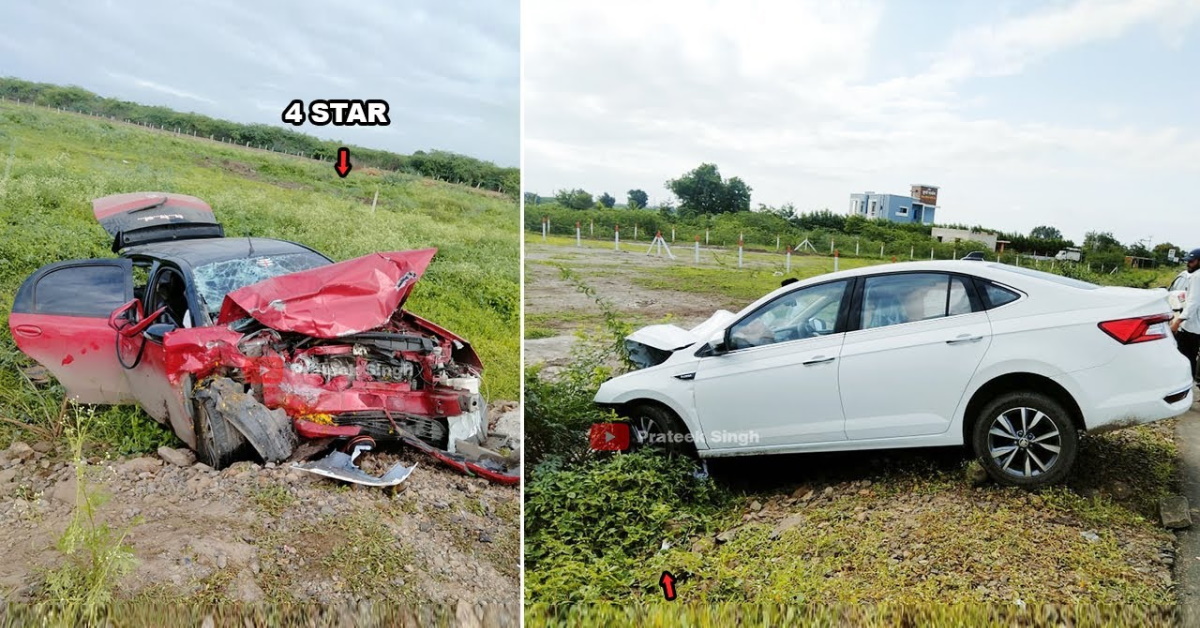 Designed and engineered with the MQB A0-IN platform as the base, the new Skoda Slavia came in as a replacement for the popular Rapid. Since its arrival, the Slavia has shown its mettle as yet another popular selling model from Skoda. The 2016 model of the Etios Liva was tested in 2017 and scored 13 points out of 17 on the G-NCAP test. Toyota offers standard features like dual airbags and ABS as standard across all the models in India and the Etios gets it too. The vehicle scored 2 stars when it comes to child safety.

The idea is to ensure that the kinetic energy is absorbed by these crumple zones. This keeps the occupants of the car safer. Also, the crumple zones are designed in a way that the pillars of the car do not get damaged. The pillars are very important in a car and show the strength of a vehicle after an accident. If the pillars collapse after an accident, the doors won’t be able to open. Also, the roof will also collapse causing injuries to the occupants.