There are still many parts in India that do not have a proper road or the roads that have been poorly maintained. A good road is a symbol of development and it connects one part of the country to the other. If that itself is not maintained properly, it would affect the overall development. When asked about road repair works, Chhattisgarh Minister Premsai Singh Tekam made a very strange statement that might surprise you. He said, “fewer accidents take place at places where roads are in poor condition.”

#WATCH | Chhattisgarh Min Premsai Singh Tekam says, “…We receive phone calls for repair work but wherever roads are in poor condition fewer accidents occur. Wherever the roads are good,accidents occur every day. Roads should be good but everyone should show restraint…”(31.08) pic.twitter.com/ebH4pGGLRd

The minister was attending a de-addiction drive when reporters asked him about the road conditions. The reporters specifically asked for the roads in Wadaf Nagar. He mentioned that the places where the road is in good condition has seen an accident everyday due to speeding while the area where the roads are bad have reported fewer accidents and death. The minister clarifies that he is not promoting bad roads in any manner. Roads should be good everywhere but, people should learn how driver or ride under the speed limit to reduce accidents and deaths on such good roads.

On bad roads people have no other choice but to drive slowly to ensure that they don’t damage the vehicle and keep the occupants safe. The minister mentioned that the department has initiated repair work for the road in Wadaf Nagar area and a tender has been passed to the contractor too. The contractor for some reason has not started the work yet and the minister assumes that the delay could be because of the rain. 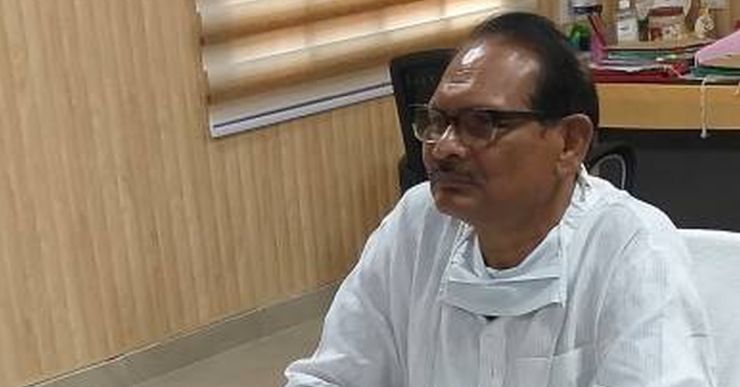 Talking to media, minister Premsai Singh Tekam  said, “There’s another reason. Wherever there are roads in poor conditions, we get calls to get it repaired… but there are less accidents there. Such roads see fewer deaths. Where the road conditions are good, you will see that there’s so much speeding there that every day there’s a road accident. So, roads should be good but there should be control… on speed… on addiction of mobiles, drugs or alcohol.”

This is not the first time something like this has been reported from India. In 2019, Pallab Lochan Das, a BJP politician who is a Member of Parliament (MP) in Lok Sabha from Tezpur, Assam made a similar statement. The minister said that good roads lead to more accidents. He also had a similar explanation like what Tekam has now said. He said that smooth roads lead to more “acceleration” by the vehicles, which in turn leads to more accidents. Few months before this incident, Karnatak Deputy Chief Mnister of Karnataka, Govind Karjol said that good roads are the reason behind more accidents in India.

Although speeding is a major cause for many accidents in India, it is not a reason for authorities to deny good infrastructure. Pothole and broken patches of road have also caused several accidents in the past. There are many highways and expressways in India which have a speed limit of 100 kmph or more than that. It is actually not the speed but design of the road which matters. In most of the highways and city roads, there are CCTV cameras installed to ensure that poeple ensure traffic rules and maintain the speed limits.

Via: The Indian Express

There are still many parts in India that do not have a proper road or the roads that have been poorly maintained. A good road is a symbol of development and it connects one part of the country to the other. If that itself is not maintained properly, it would affect the overall development. When…