French car maker Citroen launched their entry level hatchback C3 in the market few months ago. We drove the new Citroen C3 in Goa during the media drives and a detailed review related to the same is available on our website. After the launch of C3 hatchback, Citroen also revealed their plans about launching an electric version of Citroen C3 in India. This decision might have come after they noticed the rising popularity of electric vehicles in India. Citroen is now working on the C3 electric and a test mule has been recently spotted testing on our roads. 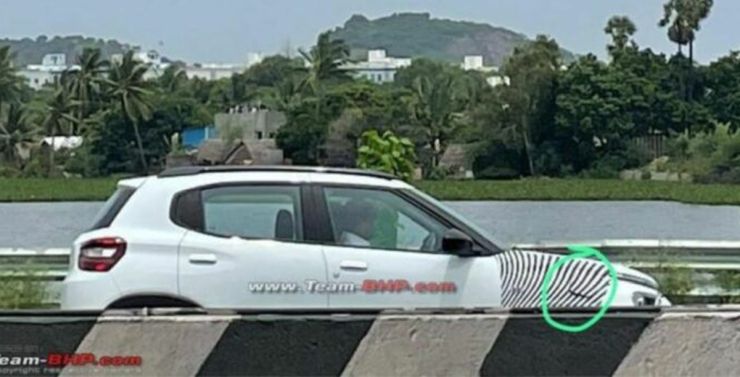 It looks like after long range electric SUVs, car manufacturers are now interested in making small electric cars that are more suitable for city use. Citroen is not the only manufacturer who is working on a small electric car. Tata Motors, which is currently one of the leading electric car seller recently announced that they will be launching an electric version of Tiago. MG Motor India also has plans to launch a small car based on Wuling Air EV in India. Coming back to Citroen, the C3 electric car seen here in the picture has a comouflaged fender. The picture that has surfaced online does not show the whole car.

There is a possibility that the charging port for the car could have been positioned on the fender just like what we saw in the Mahindra XUV400. It looks like Citroen might not be makin many changes to the exterior design of the car. Citroen C3 is an all-new hatchback that was developed specifically to suit Indian conditions. As this is a new product, we highly doubt whether the electric version of the car would get any changes. The electric version might come with a closed grille at the front like other SUVs but, other than that rest of the car is likely to remain the same. 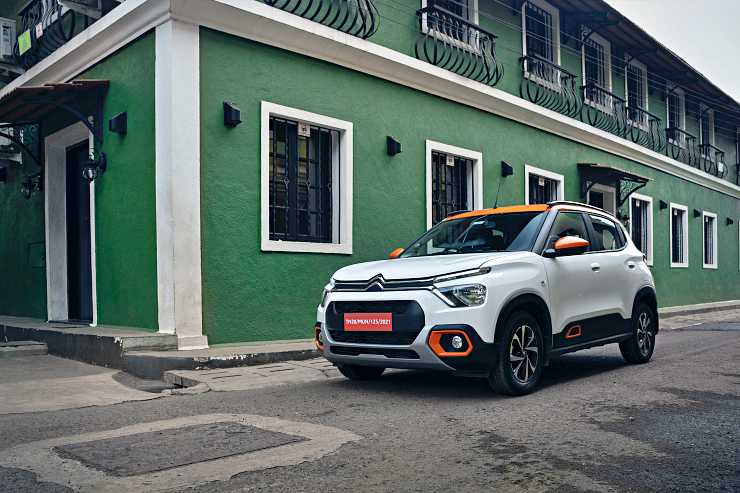 This is just an assumption and there are even chances that Citroen might make an EV specific changes to the car. There have been reports that Citroen is most likely to launch the electric hatchback in India by the end of this year. It looks like Citroen might unveil the C3 electric in December this year, showcase the car at the Auto Expo next year and the car would officially go on sale in the market some time next year. The price for the petrol version of Citroen C3 hatchback starts at Rs 5.7 lakh, ex-showroom and goes up to Rs 8.05 lakh, ex-showroom. The electric version of the C3 will definitely be expensive than the petrol version.

Other than the C3 electric, Citroen is also working on other models for our market. They recently launched the facelift for Citroen C5 Aircoss which was introduced in the market last year. It is also the flagship model from the French carmaker in India. An MPV based on the C3 hatchback is also being tested in India. The 7-seater version of C3 is most likely to go against cars like Renault Triber and may be even Maruti Ertiga.

French car maker Citroen launched their entry level hatchback C3 in the market few months ago. We drove the new Citroen C3 in Goa during the media drives and a detailed review related to the same is available on our website. After the launch of C3 hatchback, Citroen also revealed their plans about launching an…