Couple in Toyota Fortuner fined Rs 50,000 by Ladakh Police for off roading

We have seen numerous incidents of people getting up and close to the Pangong Tso in Ladakh with their vehicles. This time a couple from Delhi took their Toyota Fortuner to the sand dunes of Hunder in Nubra Valley, Ladakh. The Leh-Ladakh Police have shared pictures of the Fortuner stuck in the sand and also announced that the couple will have to pay Rs 50,000 for violating the laws. 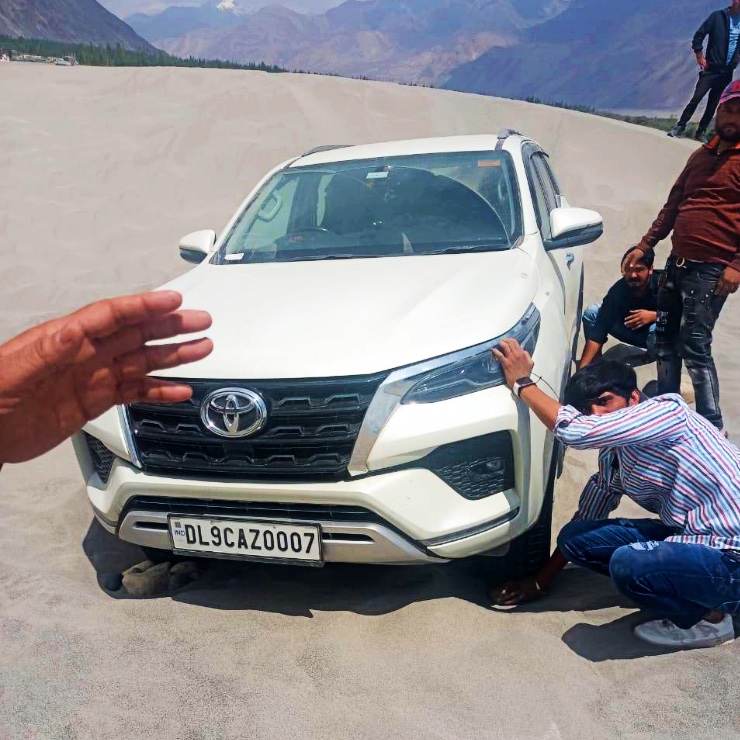 “One tourist vehicle was found violating the SDM [sub-divisional magistrate] Nubra’s direction not to drive cars over sand dunes in Hunder. The couple from Jaipur were booked as per law and a bond of ₹ 50,000 was taken by them. District police Leh requests tourists not to drive on sand dunes as you damage the natural landscape and violate the prohibitory orders,” 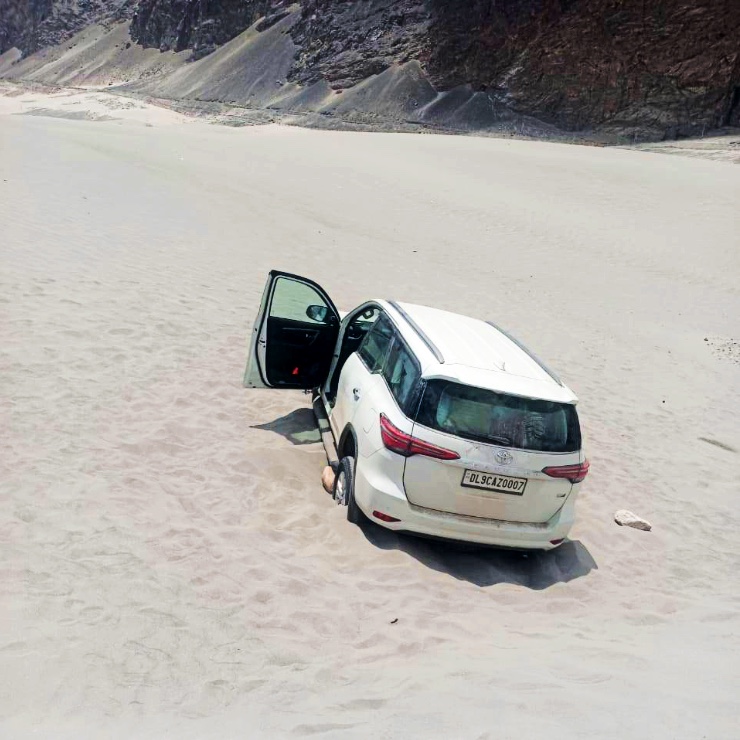 Not the first time

Earlier this year, a video of an Audi Q3 driving through the Pangong Lake became viral on the internet. The video shared by Jigmat Ladakhi shows three occupants in an Audi Q3. Two of them are out from the sunroof while the driver takes the vehicle through the Pangong Tso. There is a table with assorted alcohol in the video as well.

It is illegal to get the vehicles into Pangong Lake. Locals believe that the lake is sacred and many worship the lake as well.

I am sharing again an another shameful video . Such irresponsible tourists are killing ladakh . Do you know? Ladakh have a more than 350 birds species and lakes like pangong are the home of many bird species. Such act may have risked the habitat of many bird species. pic.twitter.com/ZuSExXovjp

There are numerous vehicles that get stuck on the banks of Pangong Lake every year. Even though the authorities have dug up tranches to solve the issue, many tourists go far off secluded regions to do suck illegal stunts.

Permanent structures are not allowed along the banks of the Pangong Lake due to the sensitivity of the region. The authorities keep a vigilant eye on such construction along the lake to make sure that the lake does not get affected by the human settlement.

It is not only about the Pangong Tso region but there are many such tourist spots across India where the visitors create a ruckus regularly. While most of the locals do depend on the tourists to earn a livelihood, they remain quite unhappy about the behaviour of the tourists.

This is why one should always be extra careful while visiting the tourist spots and ensure that they follow all the rules of the region. When the tourists do not follow the rules and regulations, most locals and authorities take drastic steps like barricading the area or even not allowing people to bring their own vehicles. That is why everyone should be a responsible tourist.

We have seen numerous incidents of people getting up and close to the Pangong Tso in Ladakh with their vehicles. This time a couple from Delhi took their Toyota Fortuner to the sand dunes of Hunder in Nubra Valley, Ladakh. The Leh-Ladakh Police have shared pictures of the Fortuner stuck in the sand and also…