A family of four escaped miraculously after their car fell into a canal at Parachal near Kottayam. A doctor was driving the car along with his family when the incident happened. They were following the direction given by Google Maps. 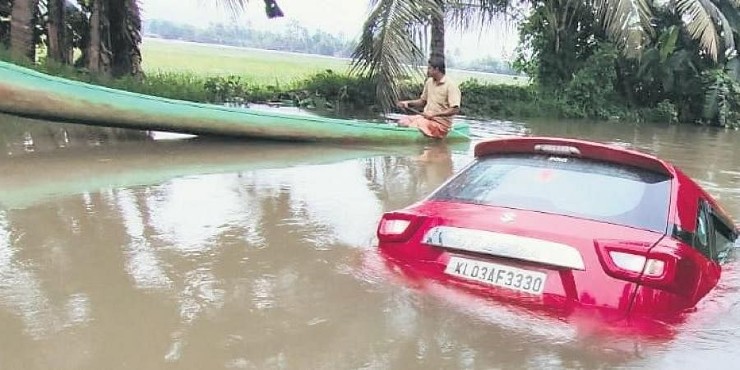 Dr Soniya was with her three-month-old daughter, mother Sosamma and a relative Anish. According to the police, the incident happened at around 10:30 PM on Thursday. The doctor and the family members were returning to Kumbanad from Ernakulam. They were following the route shown by Google Maps.

When they were between Thiruvathukkal and Nattakom Cement junction bypass when they lost the way. The vehicle plunged into a waterlogged area at Parachal. The vehicle caught in the currents of the stream and drifted downstream. The passengers in the car, however, raised an alarm to draw the attention of the locals.

When the locals spotted the car drifting in the canal, they swing into action and arranged for 300 metres of rope. All the passengers inside the vehicle were rescued before the car drowned.

The locals say that the car drifted 300 metres through the stream. The front portion of the vehicle was completely submerged in water. However, the locals did their best to save the passengers from drowning. Later, family members of the victims arrived at the spot and picked them up. 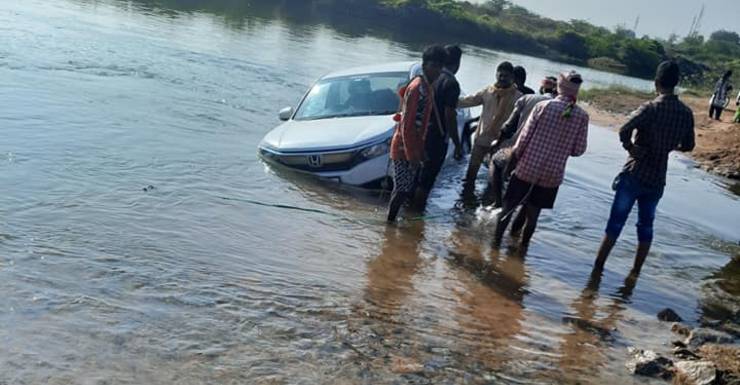 The driver of the car did not know the route so he turned on Google Maps. However, the navigation showed a way that includes a bridge that remains underwater for about 4 months after the authorities release the water from the Pimpalgaon dam. The information was not updated on Google Maps so there was no warning on the maps. Also, the PWD department did not put up any notice or warning before the bridge to warn the people. Since the locals have information about the bridge getting submerged for four months, they do not use the bridge but others do not have any such information. During the rainy season, the bridge remains closed due to the rise in the water level. Another person in Tata Harrier got badly stuck in a jungle after following Google Maps. He took the help of Google Maps for navigation and started from Pune at 9 AM. He planned to stop in Nagpur that night and Google Maps showed the destination ETA is 11 PM.

Google Maps showed a route, which was a diversion from the main road near Amravati. He had driven 14 hours by then and he followed the alternate route without thinking much. However, he found out quickly that the dark and narrow route was not in a good shape but he kept his faith in Google Maps and went ahead. After covering about 20 km in an hour, he reached a small river creek that had a broken bridge. While the bridge was badly damaged, he found a route on the left of the bridge, which seemed fine for the Harrier to cross.

A family of four escaped miraculously after their car fell into a canal at Parachal near Kottayam. A doctor was driving the car along with his family when the incident happened. They were following the direction given by Google Maps. Dr Soniya was with her three-month-old daughter, mother Sosamma and a relative Anish. According to…