The incident happened in broad daylight. The traffic constable asked the car driver to stop on the road as he was not wearing a seatbelt. After the constable saw that the driver is not slowing down, he stood in front of the vehicle trying to stop. However, the car did not stop. Instead, he pushed the accelerator, which made the police constable fall on the bonnet of the vehicle.

While the car driver did not have any intention to stop, a biker stopped his motorcycle in front of the vehicle. That forced the car driver to stop. The whole incident was caught on CCTV. 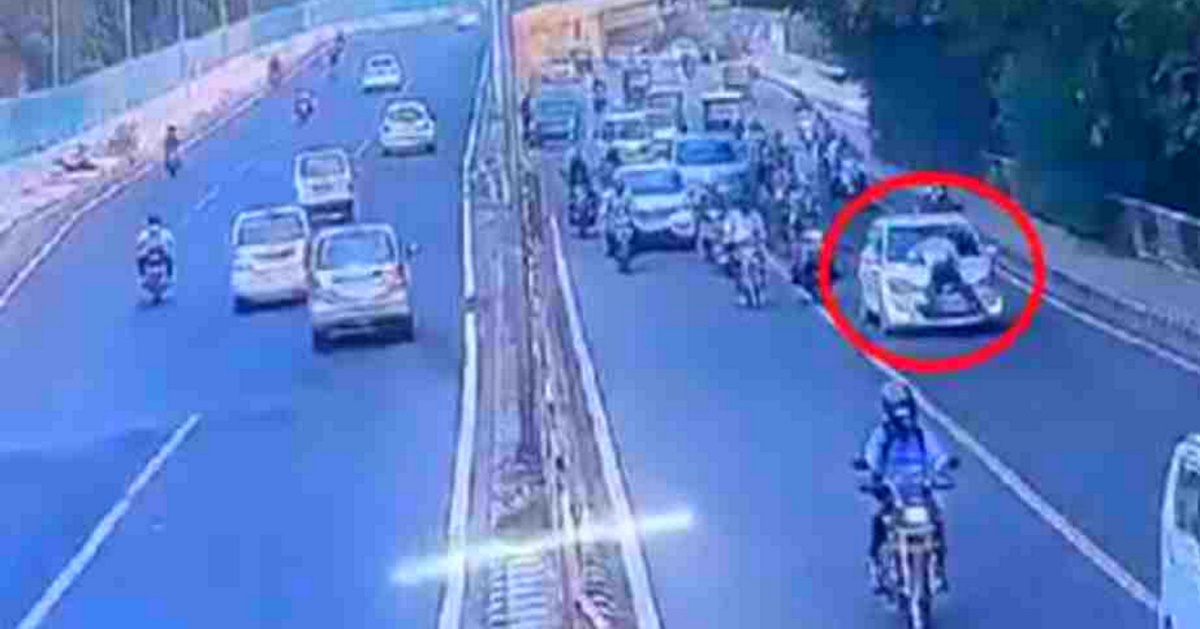 The driver is identified as Gajendra Salecha. He is a businessman and is a local resident of Jodhpur. The police arrested Salecha and his wife who was also present in the car. Police accuse that the wife did not do anything to stop her husband from committing the crime.

According to the police constable, Gopal Bishnoi was on duty at the housing board area near Central Academy School. He stopped the car after seeing that both the driver and the co-driver were not wearing a seatbelt. The driver almost stopped the vehicle and then hit the accelerator to escape from the spot. The constable held onto the wipers while the driver kept on driving and increasing the speed of the car.

Stop when cops wave you down

In the present time, almost all the police teams are equipped with wireless units that can be used to ensure that such vehicles can be stopped by the cops deployed ahead. Running away from the cops certainly means that you have done something wrong. Even the government is taking steps to streamline the process of issuing fines and challans. Most police officers simply click a picture of the violation and send the challan online. It is a much bigger crime to run away from the police officers when asked to stop for any reason.

If you feel that you have been issued a fine wrongly, you can always contest that in court or by complaining to senior police officers. Yes, that’s a long process but it is the legal way of doing things in India.