Nine in 10 consumers still plan to cut back non-essential spending despite the energy cap freeze introduced by the government this month, as most households face double-digit declines in discretionary incomes, according to the Retail Economics-HyperJar Cost of Living Tracker.

Four in five consumers (80.4%) are anxious about their ability to pay for future energy bills, prompting people across the UK to put aside an extra £1.5bn per month to cope with rising energy costs, according to research conducted by Retail Economics-HyperJar.

While two in five (40.0%) cannot afford to put extra money aside, an equal number (40.5%) are setting aside an average of £72 extra per month to manage rising energy bills. Just one in five (19.6%) can cope with energy cost hikes without extra savings. 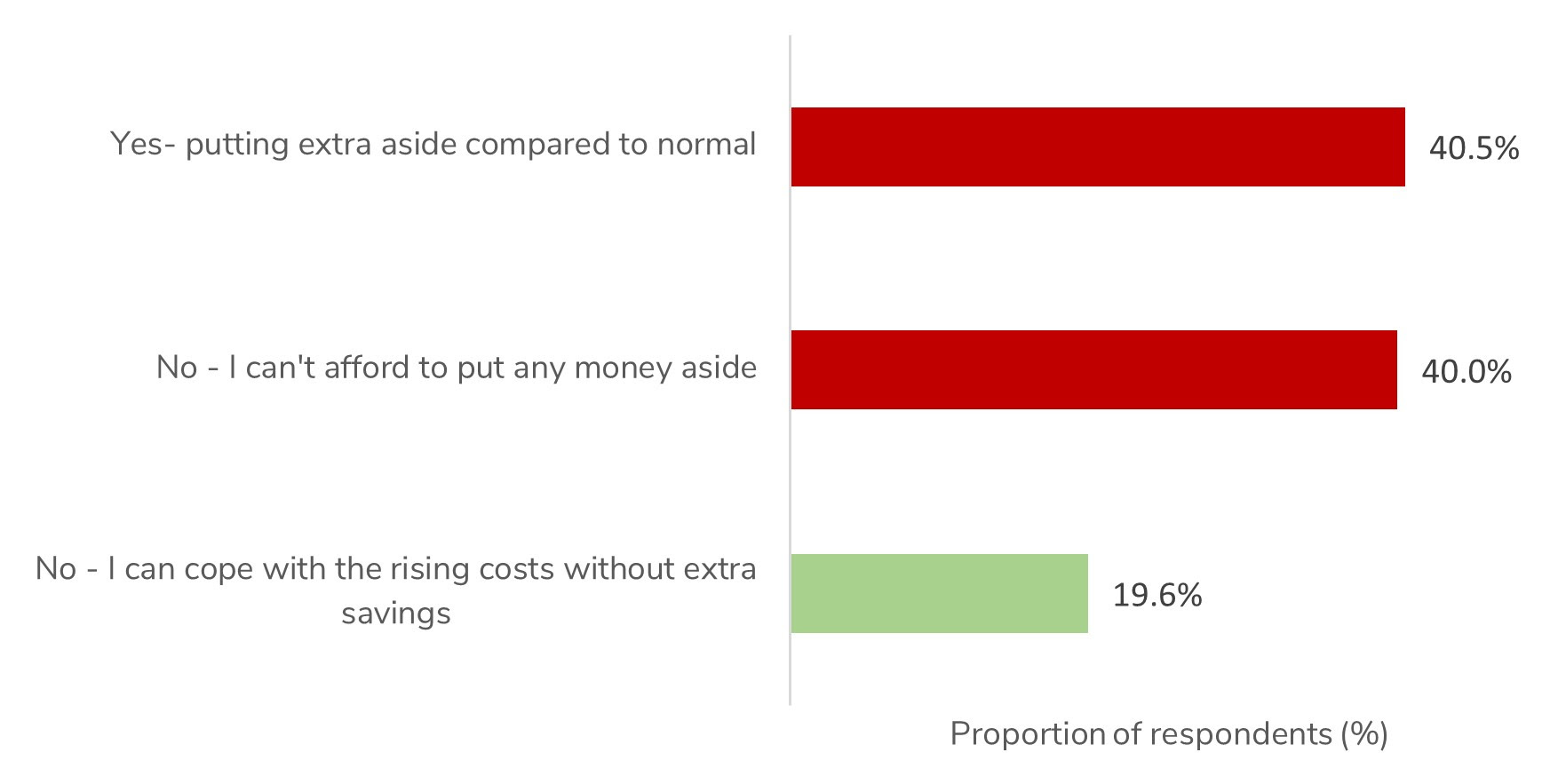 It comes as three quarters (73.5%) of consumers feel the £2,500 price freeze on energy bills does not go far enough to support their personal finances, with 90.0% still planning to cut back spending on non-essentials.

Ahead of energy bills rising further from October, the Cost of Living Tracker shows that average families are already suffering double-digit declines in discretionary income  – seeing falls of 10.0% in August compared with the same month last year, leaving them with £112 less per month to spend on non-essential items. Across the economy, this is likely to have wiped out around £3.3bn of cash available for discretionary purchases in August.

Food prices rising at the fastest annual rate since August 2008 are putting greater pressure on the least affluent households, as they spend a disproportionate amount of income on staples. August figures saw the least affluent face the strongest inflation rates and their discretionary income plunge by 16.5% versus the same month last year.

The decline in discretionary budgets is leading to behavioural changes in the way households manage their finances and shop. A savvier and more price-conscious consumer has emerged, evidenced by half of households (46.9%) trading down to value items and almost two in five (38.7%) using voucher codes more often to stretch their spending power.

Around a third of consumers are delaying the replacement of large purchases (37.7%), buying more second hand (35.5%) and buying essentials in smaller quantities (30.7%) as prices rise faster than earnings.

Figure 3. Around half of consumers are trading down to value alternatives

Q. Have you made any of the following changes in the way you shop in response to the rising cost of living?

Mat Megens, CEO of HyperJar, says: “Consumers remain extremely jittery about their finances, despite the energy price freeze. The government’s announcement has had very little impact on confidence levels as we all continue to adjust our spending patterns to cope with an extraordinary set of challenges. This nervousness is clear from the longer-term planning behaviour we see among our own customers – from putting money aside for hikes in energy costs to saving up for Christmas and summer holidays now. Although inflation is a new phenomenon for many of us, the country has been here before and it’s possible to navigate this period with careful planning and some smart, manageable changes in habits.”

Richard Lim, CEO of Retail Economics, says: “Retail and hospitality businesses face a double whammy of cutbacks. Anxiety about future energy bills means that nervous shoppers are putting aside spare cash to cope with future costs to heat their homes, while the escalating cost of essentials continues to ebb away at spending allocated towards the nice-to-haves.

“While the Government’s measures to cushion the full impact of energy cost rises is welcome news, the reality is that families will still have to cope with a doubling of costs compared to last year. The current hit to personal finances is severe, and this will only intensify as we head into the all-important festive season in the final quarter of the year. It’s going to be a very tough period for many businesses who will have to cope with a pincer movement of rising costs which will be set against a backdrop of weaker consumer demand.”

Nine in 10 consumers still plan to cut back non-essential spending despite the energy cap freeze introduced by the government this month, as most households face double-digit declines in discretionary incomes, according to the Retail Economics-HyperJar Cost of Living Tracker. Four in five consumers (80.4%) are anxious about their ability to pay for future energy…