In an effort to resolve the growing problem of rising pollution, the government of India recently expressed its intentions to build an electric expressway between the national capital Delhi and Mumbai. During a gathering hosted by the Hydraulic Trailer Owners Association (HTOA), Minister for Road Transport and Highways Nitin Gadkari announced that owners of trolleybuses and large vehicles will be permitted to operate trolley trucks on the e-highway. During the meeting, the MoRTH minister stated, “Our planning is to make an electric highway from Delhi to Mumbai. Just like trolleybus, you can also run trolley trucks.” He further added, “A trolleybus is an electric bus that draws power from overhead wires. An electric highway generally refers to a road which supplies power to vehicles traveling on it, including through overhead power lines.” He also said, “I request heavy vehicle owners to use alternatives like ethanol, methanol and green hydrogen as they are cost effective and import substitutes.”

The E-Highway is a totally distinct sort of highway from normal asphalt highways. These types of highways are designed to provide high voltage to the moving cars. This will make it possible for hybrid or electric vehicles to go great distances without needing to stop expressly for recharge. This innovative mode of transportation has the potential to significantly alter the appearance of our roads, and the Indian government has shown interest in it. Nitin Gadkari announced that the country intends to build an e-Highway over a 1300 km length of highway between Delhi and Mumbai.

The term “e-highways” refers to a variety of highway designs, of which the first is the one that has a designated lane on the highway with high-tension electric lines extending the whole length of the road. Only one lane will be covered by these wires. These electrical wires will be connectable by compatible buses and vehicles, allowing them to draw electricity from them. There won’t be a requirement for tracks, as there are for trams or metro rail.

Meanwhile, No overhead cables are required for the second variant. Instead, electric vehicles such as cars, buses, and trucks will be able to be charged using coils placed beneath the designated e-Highway lane. As a result, a wider range of cars will be able to travel on e-Highways, and cable-free highways will be made available. 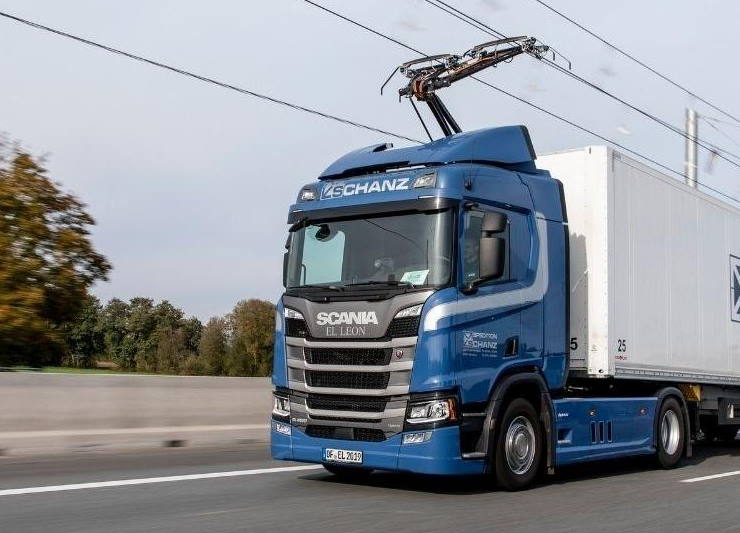 The sort of e-highway that the Indian government intends to construct throughout the country is still unknown. However, it should be remembered that each of these systems has advantages and disadvantages of its own. Although the Delhi-Mumbai expressway project is currently in full gear in India, we may anticipate the government to quickly accept or reject the plan for e-Highways.

In other modern road technology news, the Italian-American conglomerate Stellantis N.V. recently created the “Arena Del Futuro” test track. The company stated that this radically new pilot test track has been built by A35 Brebemi, the direct motorway link between Brescia and Milan, in collaboration with Stellantis and other international partners, public institutions and universities. And it aims to test the idea of wirelessly charging an EV while constantly moving on the road. The company used a new electric Fiat 500 for the purpose.

In an effort to resolve the growing problem of rising pollution, the government of India recently expressed its intentions to build an electric expressway between the national capital Delhi and Mumbai. During a gathering hosted by the Hydraulic Trailer Owners Association (HTOA), Minister for Road Transport and Highways Nitin Gadkari announced that owners of trolleybuses…