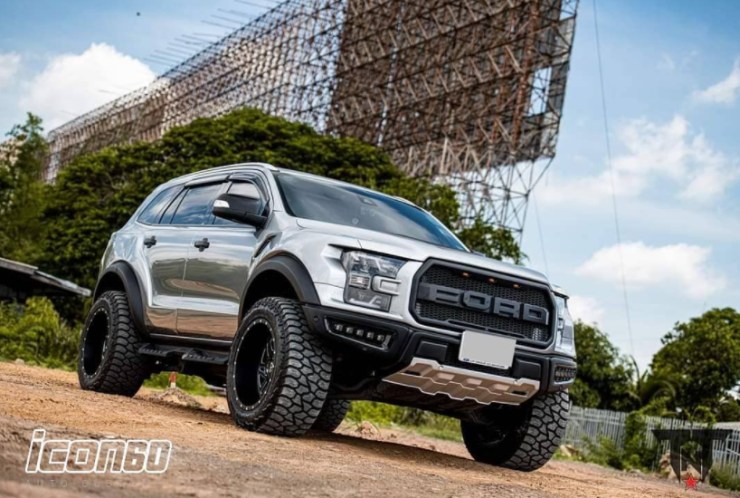 They have shared images of the Ford Endeavour with this body kit on their Instagram and oh boy! it looks brute. The body kit completely changes the look and gives it a much more muscular and aggressive look. The body kit seen in the images is inspired from the front end of a Ford F-150 Raptor pickup truck that is sold in international market. We have seen several modifications on Ford Endeavour but, this one is unique. 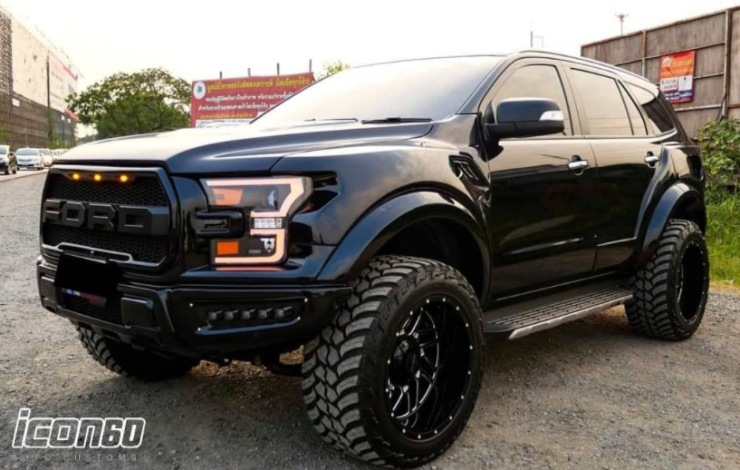 This is a Taiwan make body kit that will be imported to India. The whole kit is of good quality and uses ABS plastic. As seen in the images, it totally changes the look of the SUV. Some of the stock components and panels are removed for the installation of this new kit. First thing that you would notice in the images are the headlights. The stock headlamps are replaced with F150 headlamp units. Similarly, the front grille on the Ford Endeavour have been replaced with an F150 unit. There is Ford branding and LED lights integrated in the grille. Another modification is the front bumper. The stock bumper has been completely replaced with an F150 unit. it comes with LED lights integrated in it. A silver colour skid plate is also seen in the image. Other units that are replaced as part of this modification are front and rear fenders. It looks like the rear will continue to get stock Endeavour tail lamps only but, the modified rear fender is expected to give it a bulkier look. 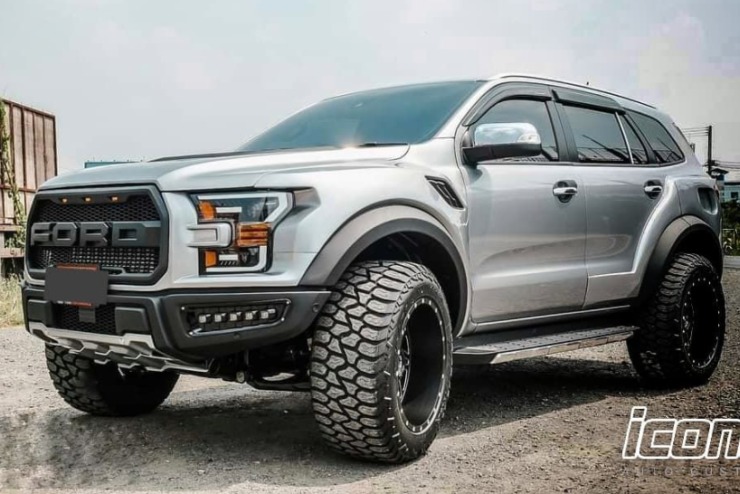 Other than this, Icon60 AutoCustoms deals in premium branded Wheels from US, especially fitment for vehicles like BMW, Audi, Mercedes, Toyota, Ford & other 4×4 Vehicles. They have exclusive collection of premium Off-road wheels from the brands Black Rhino, Fuel, Tuff, Grid, XD, KMC, Moto Metal etc. They also deal in Option4wd and other 4×4 Accessories brands for Toyota Fortuner, Ford Endeavour & Isuzu V-cross D-max etc. Coming back to the Ford F150 Raptor body kit, this is an imported body kit that includes F150 front bumper + Grill, side fenders (Front), rear fenders, F150 bonnet and headlights. This body kit will be soon available with Icon60 AutoCustoms and the cost of installing this body kit to your Endeavour is around Rs 6 lakh. Interested buyers can get in touch with Adarsh Nath R from Icon60 on 9526007031 (Whatsapp) or 8593007031 (call).

Previous Post
10 things that you should NEVER do while driving through a flooded road
July 9, 2022
Next Post
Meet the Maruti Suzuki dealer who owns 45 exotic cars & 9 superbikes
July 9, 2022