Maruti and Toyota are currently working on a brand new mid-size SUV that will rival with the like of Hyundai Creta and Kia Seltos in the segment. The SUV that will come with Maruti branding is currently known by the codename YFG and the one developed by Toyota is called D22. Both the SUVs will share several features and technology but, they are expected to get different looking exterior design. Recently, Maruti YFG was spotted testing and the car was fully under camouflage. From the various spy pictures that are available online, there are several digitally rendered images available online. Here we have one such render that shows how the upcoming YFG SUV might actually look like. 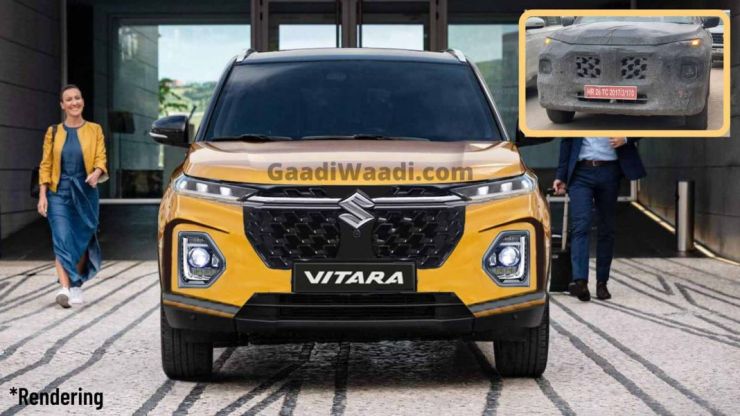 The render images have been shared by Gaadiwaadi on their website. The render image shows how the front end of the upcoming Maruti SUV might look like. It is inspired from the spy picture that showcased the front fascia of the SUV. The SUV gets a premium look in the render. First thing that one would notice on this render are the large front grille. The grille has a gloss black pattern that is similar to a chequered flag. There is a gloss black vertical slat that divides the front grille into two. The vertical slat joins the horizontal chrome strip that joins the LED DRLs on the SUV. 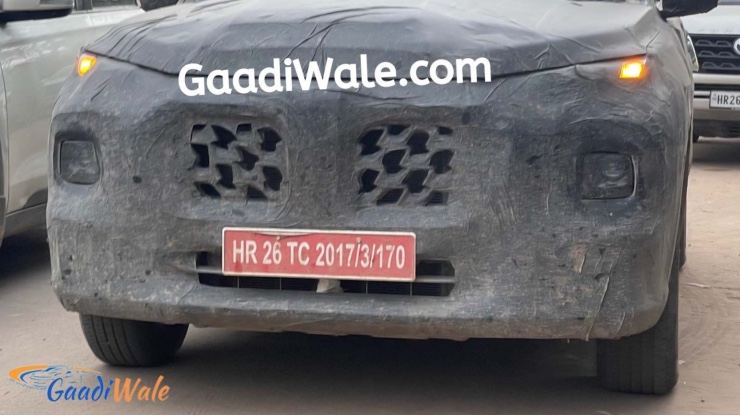 The LED DRLs act as both LED DRLs and turn indicators. The large grille, chrome strip and the LED DRLs all give it a wide front look. The bumper gets a muscular look and the headlamps are projector LED units that are placed on the bumper. The render version has front parking sensors ad the front grille also gets a camera which is probably going to be the part of 360 degree camera. It should be noted that image seen here is just a product of the artist’s imagination and there are chances that the production version of YFG SUV might look different. 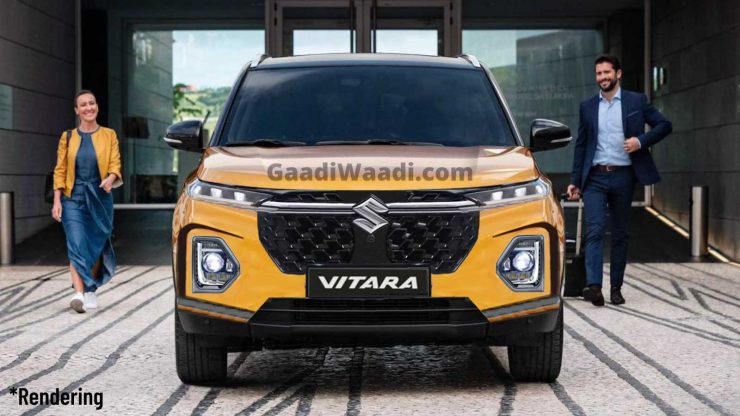 The Maruti YFG SUV is based on Toyota DNGA platform. Toyota’s D22 platform also shares the same platform. There are reports suggesting that Maruti YFG might not be using the DNGA platform. We would be getting a clear picture about the same in future. Recently the interior of the YFG SUV were spied. It will come with a features like HUD, ventilated seats, touchscreen infotainment system, multi-function steering wheel, electric sunroof, leatherette upholstery and so on. Maruti YFG might be using 1.5 litre petrol engine and it will be offered in two versions. One of them would come with a mild hybrid system while the higher variants could get a strong hybrid system from Toyota. There are fully camouflaged pictures of Maruti YFG available online and the design of the SUV looks different from the Maruti’s that we have seen so far on our roads. The tail lamps are placed on the tail gate like regular cars but the turn indicator and reverse lamp were seen on the rear bumper. The SUV is expected to hit the market some time later this year.

Maruti and Toyota are currently working on a brand new mid-size SUV that will rival with the like of Hyundai Creta and Kia Seltos in the segment. The SUV that will come with Maruti branding is currently known by the codename YFG and the one developed by Toyota is called D22. Both the SUVs will…