Is this cryptocurrency’s darkest period? 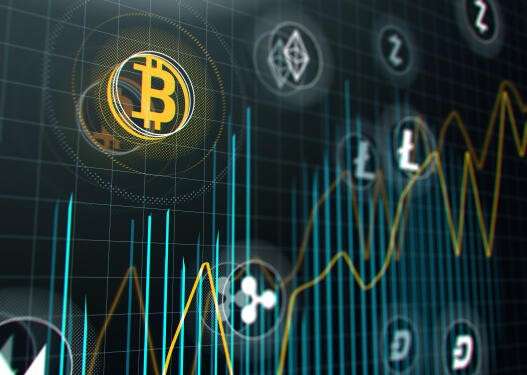 Cryptocurrencies are one of the emerging currencies in the world. Due to its non-centralization and easy way to use, many people are coming to this market day by day. When it was started at the end of the 2000s decade, many people took it lightly, but the overall market started growing slowly and gradually. Although the leading institutions and investors were skeptical of this new type of currency, some people still took it seriously and started investing in it.

The market grows from 1000$ dollars to worth 3 trillion dollars in just one decade. At the start of 2009, the value of the market was worth nothing, but at the end of 2021, the overall crypto market capitalization was 3 trillion. The overall market price of the crypto market was more significant than many countries’ overall GDP.

But there is a fall for every rise, and cryptocurrency is not exceptional. The crypto market has seen many rise and fall in the span of this one decade. Many people thought with every crash, this fall was the end of crypto, but with every fall, the crypto market rose enormously and saw more success ahead.

In this article, we will see how and why the crypto market crashed? Does it mean that it will not come to its original worth again? Will it survive? And whether this is the darkest period of the crypto market or not? To answer this, we need to observe the rest of the crashes throughout the years thoroughly.

In 2013, only a few people knew about bitcoin and other cryptocurrencies. Their market cap was also in millions. At the start of 2013, the price of bitcoin was 13$. But then the news came that the EFF was beginning to accept the bitcoin, which saw a surge in the prices of cryptocurrencies. Almost all of the cryptocurrencies rose to their all-time high.

In November and December of that year, the bitcoin price was 1100$. The crypto market saw a 6600% gain that year. The overall market cap rises above 1 billion dollars for the first time. This was considered the golden age before a bear market came along.

The bitcoin price saw an 85% fall in this bear market. Almost all the cryptocurrencies fell the same way. The crypto market also saw a steady decline, and for three years, the price of bitcoin did not exceed the thousand mark again. It remained under 1k. Many people believed this could end crypto because of its volatile nature.

But they were wrong; the crypto market survived. And it saw another rise in 2017.

In 2017 many people started talking about bitcoin and cryptocurrencies. The mainstream media and the social media were full of discussions about crypto. Everyone was enthusiastic, and the crypto started running from the start of 2017. The bitcoin price was around 1000$ in January 2017, hitting an all-time high that month when it exceeded the 1100$ price.

The news of retail investors coming to the market give a new boom to the crypto market and the prices of cryptocurrencies. Bitcoin saw a 20x increase in its price. It recorded a new all-time high and rose to 20000$ in November 2017. People were shocked, and the market grew more and more. But the crypto saw another crash later that year.

The news of South Korea banning the crypto and Japan’s biggest crypto exchange’s hacking, saw a decline in the market. The price of the bitcoin fell from 2000$ to 1100 again. The general public opinion again changed from being optimistic to skeptical.

In November 2021, the crypto market net worth was 3 trillion, and bitcoin hit its all-time high (64000$). But due to the geopolitical situation, the rising inflation, and the crypto regulations, the market crashed after that. Bitcoin fell from its all-time high to 18 months low price of 22000$. The overall market cap also fell under 1 trillion from 3 trillion dollars.

Another reason could be the crash of a stable Terra USD. It was considered a stable coin, but when it crashed due to fear, people started selling off their crypto assets, bringing a crash to the whole market.

Cryptocurrencies are one of the emerging currencies in the world. Due to its non-centralization and easy way to use, many people are coming to this market day by day. When it was started at the end of the 2000s decade, many people took it lightly, but the overall market started growing slowly and gradually. Although…