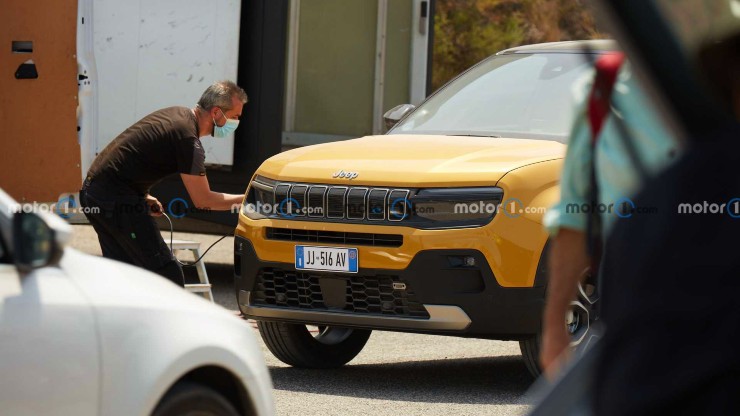 In the set of pictures by Motor1, we can see a yellow-coloured crossover without camouflage, which looks unmistakably a Jeep product. The highlights such as a boxy and upright stance and squared-off headlamps, tail lamps and grille with seven slat design are very much like in the other SUVs from Jeep’s current global lineup. While the front grille here has a closed design, which indicates that it is an all-electric vehicle, the headlamps are expected to be full-LED units. 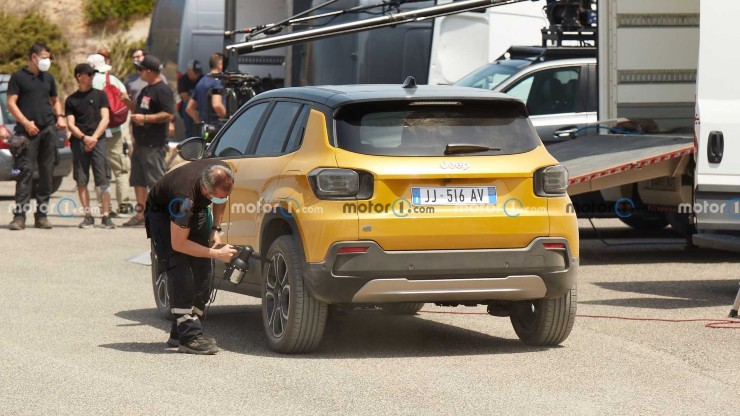 Like modern crossovers, the Jeep’s all-new electric offering gets heavy black cladding all around, with silver-coloured scuff plates at the front and rear. Towards the back too, the all-new SUV gets a wraparound design for the C-pilar and squared-off tail lamps with LED inserts. All the design elements on the front, side and rear profiles make this upcoming Jeep all-electric crossover look like a mini-Compass.

Also read: Jeep Compass Trailhawk breaks down after 18,000 km; Manufacturer does not respond

The pictures of this all-new upcoming electric crossover from Jeep indicate that it will measure between 4.10-4.15 meters in length, which makes it smaller than both Renegade and Compass in Jeep’s portfolio. Going by its dimensions, it seems that Jeep is eyeing the affordable compact electric vehicle category. It is also expected that this new SUV might get IC-engine versions as well, which indicates the much-talked-about Jeep’s upcoming compact SUV plans in India.

While Jeep has confirmed nothing about this all-new crossover, it is expected to sit on Stellantis’ e-CMP platform, which has been developed specifically for pure-electric vehicles from the group. Apart from Jeep’s upcoming offering, this platform will also underpin upcoming electric SUV/crossovers from Alfa Romeo and Fiat, all of which will be manufactured at Stellantis’ production facility in Tychy, Poland.

Jeep also hasn’t revealed any detail about the powertrain of this SUV, though it is expected to be powered by the same 100 kW electric motor which powers Stellantis’ other all-electric offerings like Peugeot 2008, Opel Mokka-e and DS 3 Crossback. The electric motor might get assisted by a 50 kWh battery pack capable of delivering a range of 300 km.

Going by the pictures, the Jeep’s all-electric crossover looks production ready, which means that it might hit the global production floors in late 2022 or early 2023. While India’s launch is not in the immediate cards, we might see Jeep pulling off a surprise by launching it here by late 2023 or early 2024, along with its ICE derivative in India.