It’s been over 3 years since MG Motor launched its first vehicle – the Hector in India, and the time’s ripe for a mid-career facelift for the hot-selling SUV. MG Motor will soon launch the facelifted Hector SUV, and the automaker has just put out a video that reveal the SUV’s interiors.

The video reveals that the facelifted Hector’s interiors will have 5 key changes, 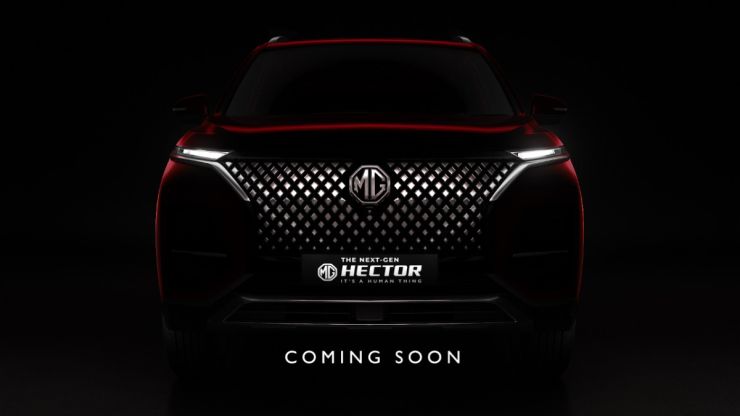 On the outside, the facelifted 2022 MG Hector will get a new front end design, replete with a chrome grille and a reprofiled bumper. Alloy wheels could get a redesign as well, in a bid to perk up the slab-like side profile of the SUV while the rear could also get a nip and tuck to appear a lot fresher. On the whole, the facelift for the MG Hector is aimed at making the SUV hold its own against new competition that includes the likes of the Hyundai Alcazar, the Tata Safari and the Mahindra XUV700. The Hector is built at MG Motor’s Halol factory in Gujarat. Notably, the factory once belonged to General Motors, and was taken over by MG Motor when the former decided to quit India.

The facelifted Hector isn’t likely to see major mechanical changes. We’ll have to wait for a full model change for that. A full model change will take at least a couple of years to fructify until when the Hector will continue operating with the tried and tested 2 liter-4 cylinder Fiat Multijet turbocharged diesel engine with 170 Bhp-350 Nm on tap. This motor is offered with a 6 speed manual gearbox that drives the Hector’s front wheels. Claimed fuel efficiency is pegged at 17,4 Kmpl.

The SUV also gets a 1.5 liter-4 cylinder turbocharged petrol engine that’s good for 141 Bhp-250 Nm. This motor is offered with two gearbox options, both driving the front wheels: a 6 speed manual and a 6 speed dual clutch (DCT) automatic. The same engine is also offered with a CVT automatic gearbox, which is a smoother automatic, and meant especially for those who’re concerned about reliability of the DCT automatic.

The 1.5 liter turbo petrol engine is also available with a mild hybrid 48V electric powertrain. While peak power and torque remain unchanged, fuel efficiency goes up to 15.8 Kmpl (from 14.1 Kmpl). The mild hybrid variants of the Hector are available only with the 6 speed manual gearbox. The Hector is one of the most feature-rich SUVs in its class, and offers a raft of equipment: from the panoramic sunroof to the Tesla-style touchscreen infotainment console. The facelifted model will continue in this tradition. While the current Hector’s prices start from Rs. 14.43 lakh and go all the way up to Rs. 20.36 lakh, the facelifted model could see a small price increase.

It’s been over 3 years since MG Motor launched its first vehicle – the Hector in India, and the time’s ripe for a mid-career facelift for the hot-selling SUV. MG Motor will soon launch the facelifted Hector SUV, and the automaker has just put out a video that reveal the SUV’s interiors. The video reveals…

Previous Post
Unacademy CEO rescued in a tractor during Bangalore floods
September 7, 2022
Next Post
Mahindra XUV400 EV; Key details out in a video before the official launch
September 7, 2022