After Mahendra Singh Dhoni retired from all forms of international cricket in 2020, he expanded his classic car garage by adding rare old cars. The former Indian cricket team captain, Dhoni was recently spotted with two new vintage Rover Cooper Mini Sport and Land Rover Defender 110. Dhoni loves his cars and we seldom see someone else in the driving seat when he’s in the car. Here are two videos that show the new two cars of the former captain.

This is one of the last Cooper Mini models produced by its previous owner Rover before BMW took over the brand. Considered one of the rare models in India, there are not many who use this car as a daily driver or even take them out on the roads except for special days like a vintage car rally.

Dhoni was spotted in a red Cooper Mini Sport in immaculate condition. Even the wheels are original 12-inch Luxury Alloy in Minilite style. The body even gets the original bonnet stripes. The additional fog lamps also look original.

The engine also sounds original. If original, this car gets a 1.3-litre BMC Austin four-cylinder petrol engine. The naturally-aspirated in-line engine produces a maximum power of 63 PS and peak torque of 95 Nm. It gets a four-speed manual transmission. Weighing only 1,050 kg, the Rover Cooper Mini Sport sure is a hoot to drive.

This is the second Land Rover Defender that Mahendra Singh Dhoni has bought home. He was spotted getting into the car, which looks like a new addition to his garage. The all-black Defender 110 with Kahn X-Lander Grille sure looks in top-notch condition. Due to the quality of the video, we cannot be sure about the authenticity of the Kahn grille though.

The vehicle is powered by the legendary Rover V8 carburettor engine which is based on the Generation Motors Buick V8 engine design. The engine produces a  nice V8 exhaust note and produces around 130 Bhp. It is fed by dual carburettors and according to the advertisement, it returns a maximum of 10 km/l, which is healthy for a non-fuel injected V8 petrol engine. 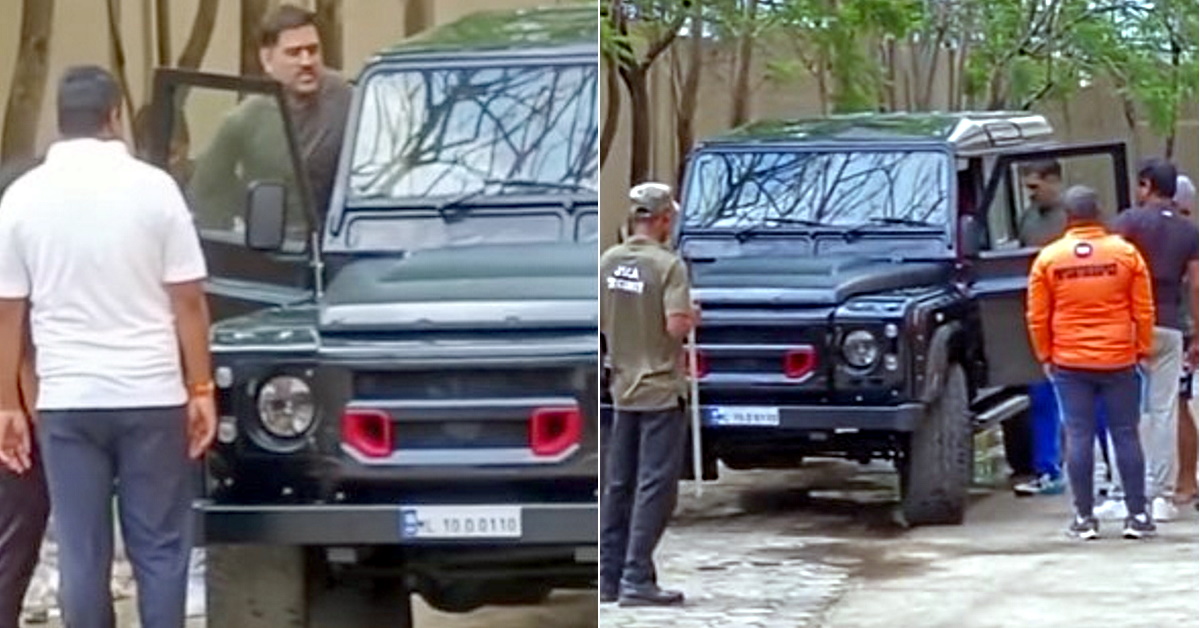 Dhoni also got a 52-year-old Land Rover Defender 110 restored. The vehicle was resto-modded to look as good as the original model while there are modern features inside the vehicle. This Defender, however, remains in his glass garage. The same garage also provides space for other classic cars like a Pontiac Firebird and a Rolls Royce Silver Shadow.