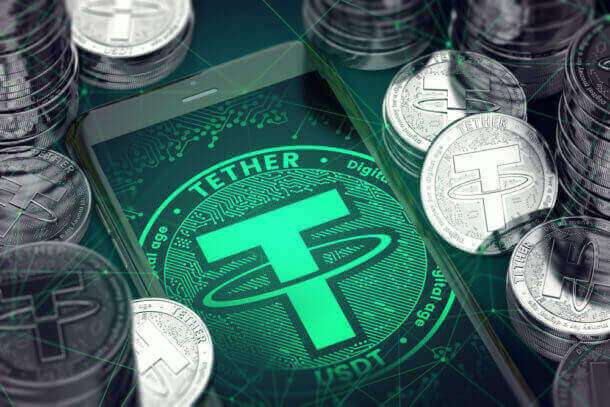 After Terra’s stablecoin (UST) collapsed, many crypto industry players started calling into question the stability of other stablecoins. Yet, various stablecoins are attempting to bridge the gap left by the collapse of Terra’s stablecoin. However, a new report claims that USDC is leading the race in fulfilling this responsibility, and quickly gaining on USDT.

A new report by the Scandinavian crypto powerhouse, Arcane, states that the bullishness in the stablecoin market has been running for an extended period. Hence, it wasn’t surprising that the stablecoin market got hit by a quick trend reversal a couple of months ago. The report added that current growth rates suggest that USDC might overtake USDT soon based on their current annualized growth rates.

USDC’s annualized growth rate has been 70.4 percent compared with USDC’s 28.7 percent. If both stablecoins maintain this growth rate, USDC will become the largest stablecoin ahead of USDT by October 2022. Also, USDC’s market cap would have reached $61.3 billion by then.

According to the Arcane report, USDT used the first mover advantage to become the largest stablecoin in the sector. However, it dropped by 50 percent last November, with the drop extending into this year. Between November 2021 and June 2022, USDT’s market cap has declined from $78 billion to $66.3 billion.

Conversely, USDC’s market cap has been growing this year, from $42.2 billion to $55 billion. Thus, its annualized growth rate stands at a staggering 70 percent rise. At the start of 2022, USDT’s market dominance was 47.5 percent compared with USDC’s 25.8 percent.

However, current data shows that USDT and USDC’s market dominances are now at 43.8 and 36.3 percent, respectively. USDC has been gradually bridging the market dominance gap of Tether’s USDT. One possible reason for USDT’s decline in market dominance was the loss of its USD peg following the collapse of the Terra network in May.

There was more scrutiny towards stablecoins, especially USDT, after the Terra collapse. Earlier in the month, USDC issuers, circle, explained how it minimizes risks with its USDC reserves. Its CFO, Jeremy Fox, said nearly 80 percent of USDC reserves are held in US Treasury Bills with expiry periods of 3 months or less.

He added that the Bills’ price is stable and has the most liquid market globally. Also, redemptions can settle within 24 hours. Fox further said the remaining USDC reserves are held with US financial institutions such as New York Community Bank, Silvergate, and Signature Bank.

Many stablecoins are trying to fill the void left following the crash of TerraUSD. The Arcane report states that USDC is more regulatory compliant than USDT. After Terra’s stablecoin (UST) collapsed, many crypto industry players started calling into question the stability of other stablecoins. Yet, various stablecoins are attempting to bridge the gap left by…