Maruti Suzuki has just introduced the CNG option in one of its most popular cars – the Swift hatchback. The Maruti Swift CNG has already begun reaching dealer stockyards, and here’s a new walkaround video that shows the car inside-out.

As the video indicates, there’s very little to distinguish the Swift CNG from the regular, petrol-powered model. Visual differences between the petrol and CNG variants and few and far in between. The presence of an external CNG filling cavity at the rear right hand side of the car, a CNG license badge and a S-CNG badge on the boot are some of the visual changes that differentiate the petrol and CNG models. On the inside, there’s a switch on the dashboard that lets the driver toggle between petrol and CNG modes, and an additional fuel gauge for CNG. That’s pretty much about it when it comes to visual changes.

The CNG kit on the Swift is factory-fitted, and comes with a full factory warranty. The boot is now much smaller as the CNG tank now takes up quite a bit of space, and the spare wheel now sits behind the CNG tank further reducing boot capacity. Clearly, the CNG powered Swift is meant mainly for city driving. Folks heading out on inter-state trips will need a roof-mounted luggage carrier.

A dual-fuel car, the Swift CNG can seamlessly transition between petrol and CNG fuels at a flick of the dashboard switch. This flexibility will be quite useful as CNG is a fuel that’s not widely available across India. Highway trips will entail shifting to petrol in many parts of India, and this is where the dual fuel functionality of the Maruti Swift CNG will be appreciated. 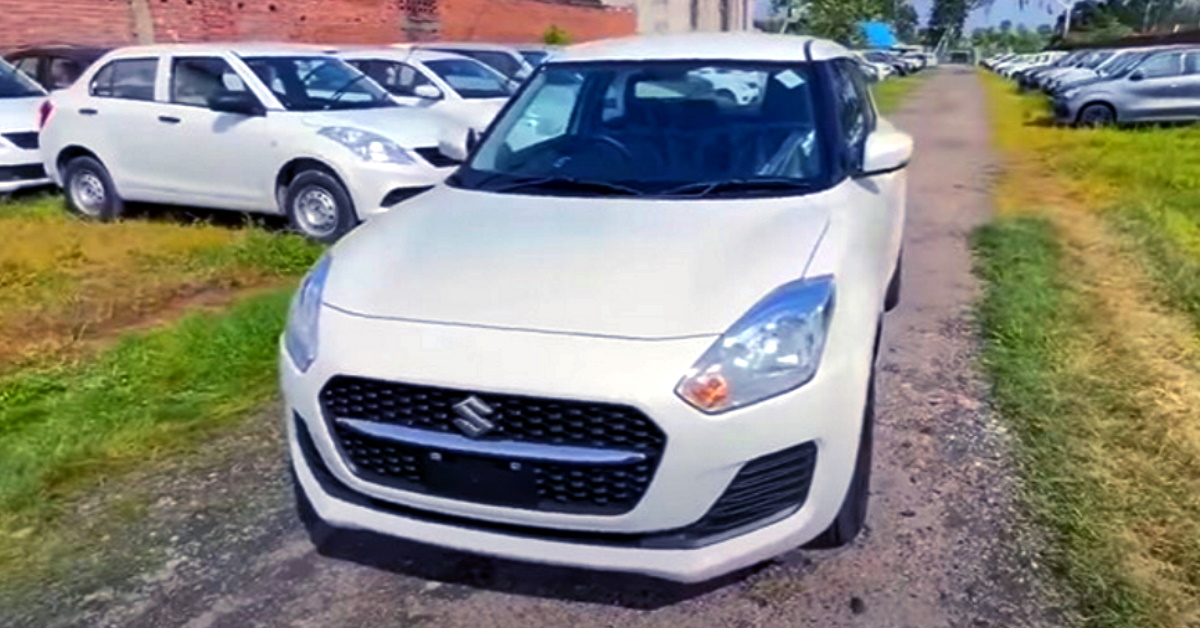 The engine of the Swift CNG is the older 1.2 liter K-Series petrol unit. The 4 cylinder, naturally aspirated motor makes 82 Bhp-113 Nm while running on petrol. While running on CNG, power and torque outputs dip to 70 Bhp-95 Nm. A 5 speed manual gearbox comes standard in the car, and there’s no AMT option on offer. The CNG powered Swift also misses the idle-stop system. Despite this, fuel efficiency is quite good, at 30.9 Kms/Kg.

For those missing the diesel powered Swift, the CNG powered model is a great alternative, at least in terms of running costs. It’s another matter that the CNG powered model simply can’t match the punch of a diesel but you can’t always have the cake, and eat it too. The CNG powered Swift gets a host of engineering changes to make it both reliable and durable. For instance, the suspension has been strengthened to cope with the additional weight of the CNG kit. The valve seats in the engine are tougher while there are 2 ECUs that allow the driver to shift between petrol and CNG options. Prices of the Maruti Swift CNG start from Rs. 7.77 lakh, ex-showroom.

Maruti Suzuki has just introduced the CNG option in one of its most popular cars – the Swift hatchback. The Maruti Swift CNG has already begun reaching dealer stockyards, and here’s a new walkaround video that shows the car inside-out. As the video indicates, there’s very little to distinguish the Swift CNG from the regular,…