No, Gentle Reader, Rege-Jean Page is Not Coming Back to Bridgerton » Savoteur

Once again, this author brings sad tidings regarding the exciting rumors that are swirling around the ton.

Rege-Jean Page has confirmed that he will not be returning for his role as the Duke of Hastings for season 3 of Bridegrton.

Fans of the book and the show were overjoyed when they heard that Rege-Jean Page, who plays Simon Basset, Duke of Hastings, was in talks to return to Season 3 of Bridgerton, which starts filming this summer.

Page, who was the series breakout star in Season 1, left the show after the first season and was not featured in the series season 2.

Unfortunately, Page has shut down those rumors and confirmed that he is not returning.

The actor posted a photo of himself and former costar, Jonathon Bailey (Anthony Bridgerton), with the caption,

“The boys are back in town. ❤️

(No, I’m not going back to the show btw – the papers made that one up.) But we had the best, and most stylish, catch up I’ve had in a while over some truly excellent Italian coffee and sunshine.”

Fans of the show can rejoice however knowing that season 3, which is already in production, will feature the love story of Colin and Penelope, played by Colin Newton and Nicola Coughlan. Coughlan has already teased some steamy scenes in the upcoming scene, exciting fans of the book with a hint to a specific mirror-related scene in the fourth book of Julia Quinn’s Bridgerton series.

Netflix released their lush and swoon-worthy adaptation of Julia Quinn’s Bridgerton books, a series of Regency-era romance novels that follow one of eight siblings in the titular Bridgerton family.

The first season, which came out on Christmas Day, follows the plot of the first book, The Duke and I, and primarily focuses on the romance of Daphne Bridgerton and Simon Basset, Duke of Hastings.

The second season, which came out in March 2022, was loosely based on the book, The Viscount Who Loved Me and focused on Viscount Bridegrton and newcomer to the ton, Kate Sharma.

The third season is skipping to the fourth book of the series, Romancing Mr. Bridgerton, and will feature Colin Bridgerton and Penelope Featherington.

Who Is Coming Back to Season 3?

All the other characters are reprising their roles for season 3. Simone Ashley is coming back as the strong and beautiful Kate Sharma. In addition, Francesca Bridegrton has been recast and will now be played by Hannah Dodd, giving hope that Francesca can finally be a part of the family. Francesca, played by Ruby Stokes in seasons 1 and 2, was glaringly absent from huge parts of the first two seasons.

This article was produced by and syndicated by Wealth of Geeks. 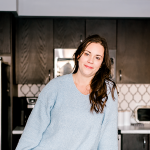 Victoria Cornell is the founder of Motherhood Life Balance. She helps busy moms find peace in the midst of the chaos, transform their mindset, get organized, and find the fuel to live their best life. You can find her at https://motherhoodlifebalance.com/

Dearest Gentle Reader,  Once again, this author brings sad tidings regarding the exciting rumors that are swirling around the ton. Rege-Jean Page has confirmed that he will not be returning for his role as the Duke of Hastings for season 3 of Bridegrton. Fans of the book and the show were overjoyed when they heard…