With so many controversial umpiring decisions during the first half of the MLB season, it’s worth figuring out the worst MLB umpires in 2022. Even with replay reviews saving them some of the time, umpires are still getting things wrong. That’s why we wanted to take a closer look at MLB umpire statistics and find the worst baseball umpires this season.

To be fair, a lot of this is subjective just like anything else in baseball. But things have gotten so bad that we were able to come up with a list of the 10 worst MLB umpires ranked from only subpar to absolutely horrible.

While a part of us feels a little bad for calling them out, here are the worst MLB umpires in 2022.

For the most part, Bellino has been a solid umpire during his career. But he has to be included on our list after an incident earlier this year with Arizona’s Madison Bumgarner.

Bellino wasn’t even behind the plate for this game but still baited Bumgarner and then ejected him when all he should have been doing is checking his hand. To his credit, Bellino apologized, but it was too little and too late.

Diaz is one of those familiar names who fans are accustomed to seeing screw-up calls.

There are times when it seems like he doesn’t have control of the strike zone, even though he’s the one setting it. Despite being in the majors since 1995, Diaz only appears to be getting worse, which is why 2022 has been yet another bad year for him.

He may not have the same name recognition as some of the other umpires on our list, but Drake is getting there.

During the 2020 season, he had one game in which he made 27 wrong calls behind the plate. He hasn’t made much improvement since then, which is why he continues to be among the worst umpires in 2022.

Despite having more than two decades of experience in the majors, Gibson hasn’t gotten any better over the years.

In one of the first games of the season back in April, he had 19 missed calls, helping to give him an average of nearly 13 per game. He’s barely at a 92% accuracy rate behind the plate and doesn’t get much better in the field. Yet, Gibson can be a hot head at times, not taking well to criticism, even when it’s warranted.

When it comes to the strike zone, Eddings is about as erratic as they get.

During games, he’ll shift his definition of what constitutes a strike, which means he tends to make bad calls in critical moments. Eddings is also the type of umpire who doesn’t seem to mind doubling down on his mistakes. He’s been known to have a short fuse when there are complaints about what a terrible job he’s doing, ending in needless and premature ejections.

Last year, O’Nora was more than 3% below the league average in accurately calling balls and strikes, which is about as bad as it gets.

He’s continued to be subpar this season, especially in one game with Marcell Ozuna, who was a victim of O’Nora’s terrible umpiring on three consecutive pitches. It’s a hitter’s worst nightmare to be called out on three straight borderline pitches, and O’Nora is the type of umpire who can make those nightmares a reality.

Even casual MLB fans will be familiar with C.B. Bucknor’s work. He always seems to be remarkably confident, almost cocky, even when he’s making the wrong calls.

His strike zone is usually rather large, yet he’s wildly inconsistent at calling it. That’s what tends to irk players and managers the most. The Internet is filled with videos of Bucknor blowing calls and punching out hitters on ridiculous pitches, and he’s only added to that resume during the 2022 season.

Kulpa was extraordinarily bad last season, correctly calling just 92% of pitches in the strike zone, which is dreadful for a big-league umpire.

His accuracy numbers haven’t exactly picked up this season, as things might only be getting worse. There’s no doubt he’s among the worst MLB umpires in 2022. Also, Kulpa is sometimes looking for a fight when players or managers dispute the strike zone. He’s a power-hungry umpire and only seems to be getting worse with time.

It’s no secret that Hernandez has long been one of the most controversial umpires in baseball. He’s problematic at best behind the plate but is also known for making wrong calls on the base paths. 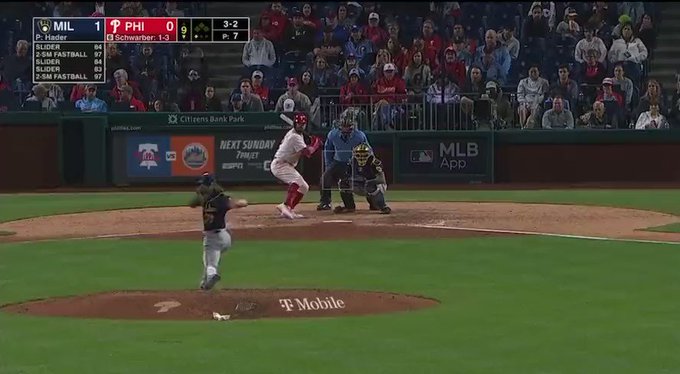 Many years ago, C.C. Sabathia called out Hernandez, saying he shouldn’t be involved in playoff games. Things haven’t gotten any better this year either. Kyle Schwarber blew up at him earlier this season, yelling at Hernandez for blowing calls on both sides. When both teams are equally upset with your performance as an umpire, you know you’re doing something wrong.

Based on the numbers, Wendelstedt was ranked the seventh-worst umpire in the majors in 2021. But he’s worked his way to the top spot on our list of the worst MLB umpires in 2022, largely because of one call.

Earlier this year, he called Detroit’s Eric Haase out on strikes after a pitch from Minnesota’s Devin Smeltzer that wasn’t even close. The call was so bad that it set the Internet ablaze with outrage, leading many to finally call for robot umpires. But that’s only the crux of Wendelstadt’s season.

There was another game between the Cardinals and the Royals in which he missed 16 calls. He gets things wrong that no umpire should ever get wrong. Wendelstadt also tends to antagonize when players or managers complain, doubling down on his mistakes and making him someone that no team wants to see behind the plate.

Jun 11, 2022; San Diego, California, USA; Home plate umpire Angel Hernandez (5) looks on during the second inning of the game between the San Diego Padres and the Colorado Rockies at Petco Park. Mandatory Credit: Orlando Ramirez-USA TODAY Sports With so many controversial umpiring decisions during the first half of the MLB season, it’s…