This time, in Mangaluru [Video]

The incident happened in Naguri, Mangaluru where an Okinawa dealership caught fire. It is expected that the cause of the fire is a short circuit. This is the second Okinawa dealership to catch fire. The first incident that happened in Tamil Nadu and Okinawa cleared that the root cause of the fire was a short circuit and not any electric scooter or battery. Fortunately, no casualties were reported in both the incidents.

Fire personnel rushed to spot after a fire broke out in an e-bike showroom belonging to electronic two-wheeler manufacturer Okinawa Autotech at Naguri in Mangaluru. Short circuit is said to be the reason @vinndz_TNIE @XpressBengaluru @ramupatil_TNIE pic.twitter.com/CDPnXeNctb

The first person to notice the fire was Hamid’s wife. She saw smoke at around 7 AM in the morning. Hamid’s son said that the MCBs were tripping since morning and they thought that it is a power disruption because of the rainy season.

There have been several cases of electric fires in the past few months. Scooters of manufacturers like Ola Electric, Jitendra EV, Pure EV, Okinawa and Boom Motors have caught fire. The manufacturer has also recalled several scooters to examine them and solve the issue. 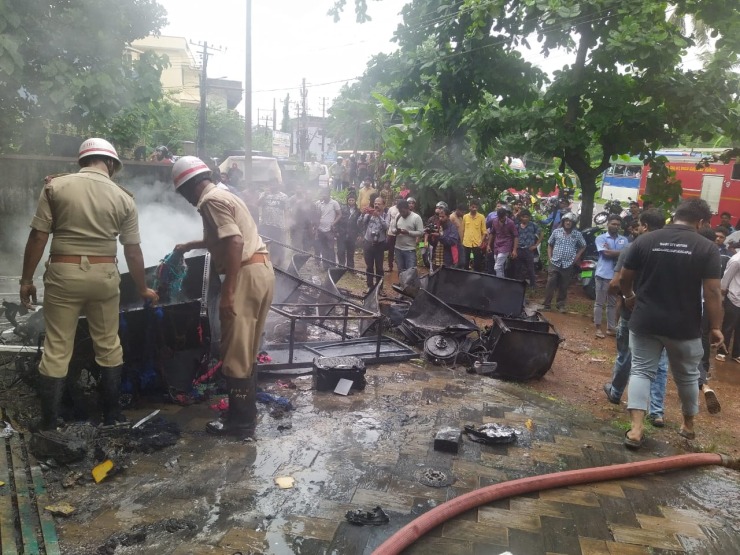 Because of so many incidents, the Indian government launched a probe to find the reason behind the fires. Defence Research & Development Organisation (DRDO) reported that the issue is with the battery design and EV modules. DRDO said that the bad battery design is causing fires. Such defects occur when manufacturers use low-grade materials to reduce the production cost.

The government has also summoned the electric vehicle manufacturers after Defence Research & Development Organisation filed the report. The Union Ministery will hear the companies before taking an appropriate decision on the matter. 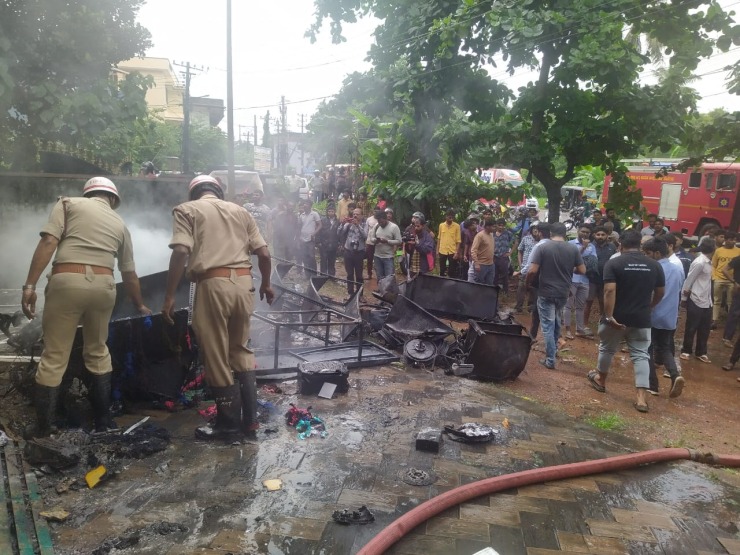 Central Consumer Protection Authority (CCPA), which works under Union Consumer Affairs Ministry sent out notices to Pure EV and Boom Motors after their electric scooters exploded in April. The government is also working on making new quality-centric guidelines for Electric Vehicles that will be unveiled soon. The new guidelines will allow the government to ensure that all-electric vehicles offer similar quality. 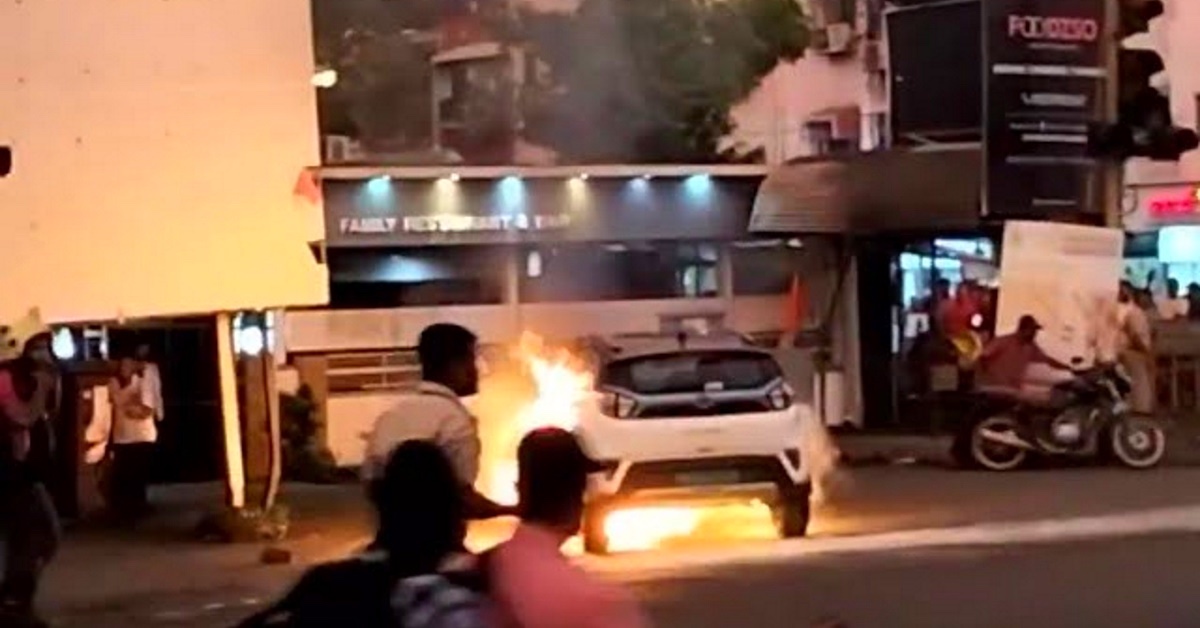 Yesterday, a Nexon EV caught fire in Mumbai, Maharashtra. This is the first case of a Nexon EV catching fire. Tata Motors was quick to respond when they heard about the incident.

Tata Motors said, “A detailed investigation is currently being conducted to ascertain the facts of the recent isolated thermal incident that is doing the rounds on social media. We will share a detailed response after our complete investigation. We remain committed to the safety of our vehicles and their users. This is a first incident after more than 30,000 EVs have cumulatively covered over 100 million km across the country in nearly 4 years.”