Toyota has officially confirmed that a limited edition version of the Innova Crysta Petrol would be launched soon. The Toyota Innova Crysta Petrol Limited Edition will get 3 new features, and has already been listed on the Toyota website ahead of the official launch. The 3 news features that the Limited Edition Innova will offer are: Tyre Pressure Monitoring System, Head-up Display and a Wireless Charger. All three features are straightforward add-ons, which can also be sourced from the aftermarket. This brings us to the question:

Why is Toyota launching a Limited Edition model so late in the Innova Crysta’s life-cycle?

The answer to this is quite simple: Stock clearance.

As you may already be aware, Toyota dealers across India have stopped taking bookings for the diesel powered Innova Crysta amid rumours that the MPV is being phased out to make way for an all-new petrol-hybrid model. While Toyota did confirm that the Innova Crysta Diesel’s bookings were indeed paused, the automaker stated that the pause in bookings for the diesel Innova had to do with the high demand, and consequent waiting period.

Toyota added that the petrol Innova Crysta was being produced, and that customers could opt for the petrol model instead. The automaker has not revealed whether a new model would soon arrive and replace the Innova Crysta although there are many signs that indicate this, including the Limited Edition version of the Innova Crysta Petrol, which seems like a move to clear stocks before the all-new Innova arrives, in petrol-hybrid form.

The current-gen Innova Crysta Petrol uses a 2.7 liter-4 cylinder naturally aspirated petrol motor that makes 164 Bhp-245 Nm. Two gearbox options are on offer: a 5 speed manual and a 6 speed torque converter automatic. Both gearboxes drive the rear wheels of the MPV. While the petrol motor is refined and punchy, it’s not as fuel efficient as the diesel, and this makes the petrol powered Innova a slow seller compared to the diesel model. 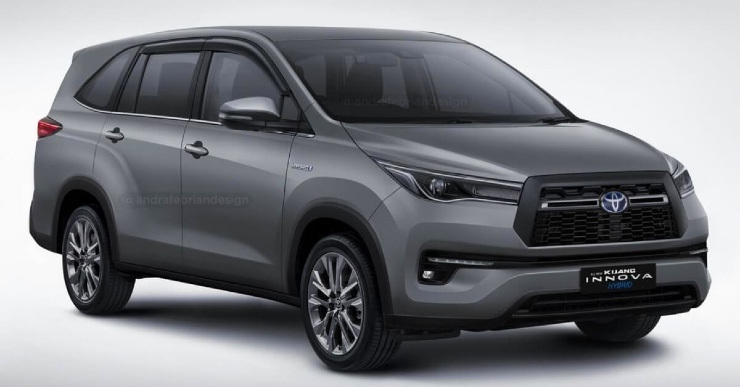 The next-gen Toyota Innova – called the Innova HyCross, could be launched later this year. The new MPV is expected to be a petrol-hybrid model that offers diesel beating fuel efficiency with the refinement and smooth performance of a petrol. Toyota is a world leader in hybrid vehicle technology, and this expertise is expected to come to the fore in the all-new Innova Petrol Hybrid.

The all-new Innova Petrol Hybrid will ditch the ladder frame chassis for a monocoque bodyshell – a big shift in strategy for the brand as the Innova has always been a ladder-frame vehicle. The big change is expected to make the new Innova a better handler, and also lighter. The latter is a factor that should work in favour of the petrol-hybrid powertrain.