Why walking on car’s roof is not a good idea?

We have seen movie actors doing it on the screens but do you think standing on the roof of a car is a good idea? Well, this owner of the Tata Punch not only thought that this is a good idea but also thought that this is the best way to test the strength of a car. While some people believe in testing the strength of the car by applying force on the body of the vehicle, this owner took it to the next level and stood on the roof of the car.

The owner of the car uploaded the video while trying to check if his weight will put a dent in the Tata Punch. The owner climbs up to the roof and even walks around. The result? Well, there are now some big dents on the roof o the vehicle. However, as soon as he gets off the roof, the deformity goes away and the roof becomes just like before.

Owner comments on the build quality 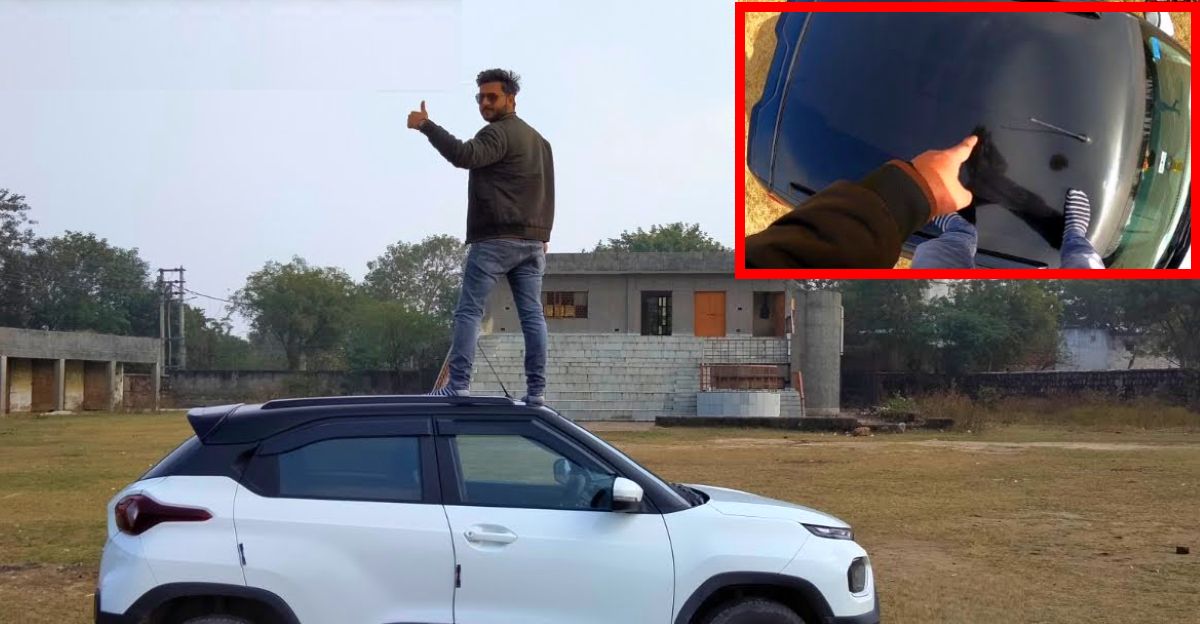 At the end of the video, the owner of the Tata Punch claims that the build quality of the car is strong as the deformation occurred to his weight goes off in a quick time. However, here, the car owner has told only half the truth. While this process shows that the sheet metal of the car is strong enough, it is not the only parameter to test its safety levels.

The method of climbing on the roof of a car to check its strength is an incorrect practice. It is because there is no assurance or warranty given by the carmaker in retaining the original shape of the roof, once the weight is taken off from it. Carrying on such tests can be useless even for cars like Tata Punch, which have scored a 5-star rating in the Global NCAP crash tests. This idea can permanently deform the shape of the roof. It is just that the Tata Punch owner here was lucky enough that such a mishap did not take place with him.