Noida police arrested the accused, Kiran Singh who is a resident of Shramik Kunj. Talking about the case, Noida police shared in one of their tweets, “In the said case, immediately on the complaint of the e-rickshaw driver, the woman was brought to the police station by the police station Phase-2 and on the basis of the complaint of the rickshaw driver, a complaint was filed against the said woman. A case has been registered at Noida and legal proceedings are in process.”

There is no proof available on how badly the e-rickshaw driver hit the car. Even if the e-rickshaw driver had rubbed or hit the car with his rickshaw, this was not the right way to respond. This is not the first time something like this has been reported in India. There are several road rage cases reported from different parts of the country on a daily basis. This is not a healthy practice. One must be extremely calm and try to avoid any confrontation with other road users. If you find yourself in such a situation, then call the cops and if you are in a car don’t get out until the cops have arrived. Last year, a woman from New Delhi was caught on camera for slapping a cab driver. 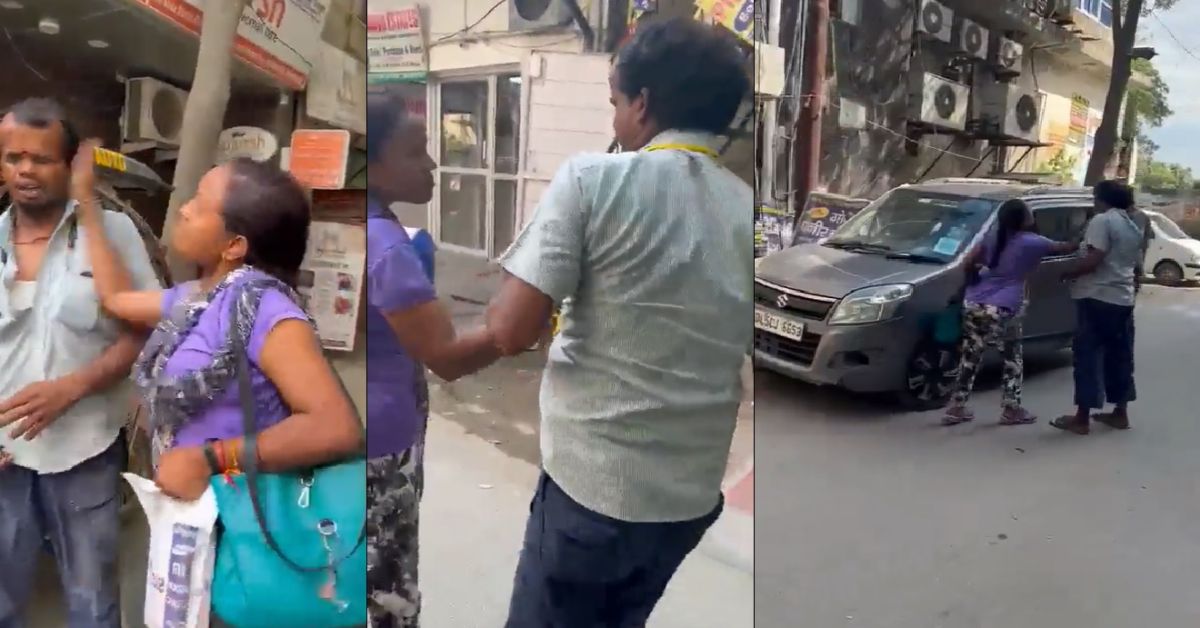 Just like in this case, the whole incident was recorded an uploaded on Twitter. In another incident, a girl repeatedly slapped a cab driver in front of the crowd and police officer. The incident was from Lucknow and the cops even took action against the girl. Coming back to the e-rickshaw driver case, the police has not revealed under what all charges has the woman been actually booked. Under this video, majority of the comments are asking the cops to take strict action against the woman.