Vehicle theft is a major problem that many metro cities and Indian states have been facing for years now. Even though, we have come across several reports where vehicles were stolen from parking spots. Various state police now using modern technology to keep an eye on such crimes and rules violations. Recently, a 20 year old youth was arrested by the cops in Pune for stealing not one or two but thirteen motorcycles and two cars. What is more surprising is the fact that he used to steal vehicle to take his girlfriend on a joyride. 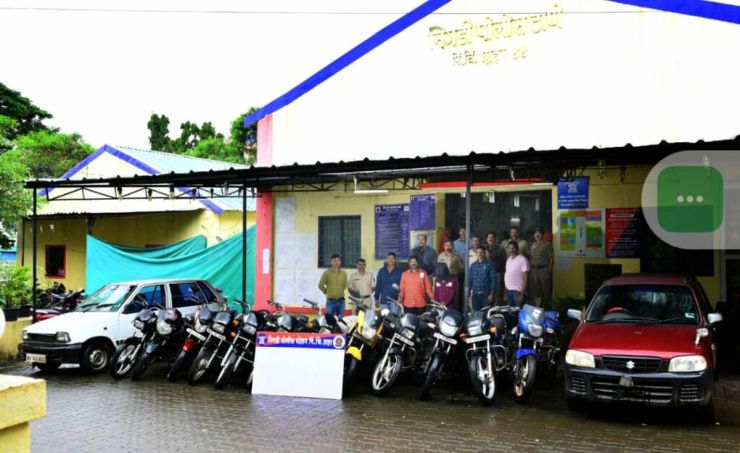 The 20 year old youth was arrested by the cops in the Transport Nagar area of Pimpri Chinchwad. The youth who is identified as Yash Kiran Solase was driving a stolen car when the cops caught him. He is a resident of Talegaon Dabhade. Yash used to steal cars and take his girlfriend out on joyrides in these stolen vehicles. He has admitted to police that he has stolen 13 motorcycles and 2 cars till date. All the vehicles that Yash had stolen have been seized by the cops.

This is not the first time something like this has been reported. In the past, there have been reports were cops had caught stolen vehicles worth crores in parking lot. In fact if we talks about Delhi. It is not just the capital of the country but also the capital when it comes to vehicle theft. According to data from Delhi Police, between 2011 to 2020 around 3,07,000 vehicles have been stolen. Here a vehicle is stolen every 12 minutes. Recently a previous generation Hyundai Creta which was parked in front of a house was stolen by thieves. A Toyota Fortuner SUV which belonged to famous Indian cricketer Gautham Gambhir, who is also a Member of Parliament from East Delhi was stolen in 2020 and it is yet to be found. Thieves even stole brand new Tata Harrier from a dealership in Gurugram, Haryana.

Just like the cops are now relying on technologies to track down criminals, even thieves are using advanced technology to steal vehicles. The Hyundai Creta that we mentioned above was stolen within minutes. They even checked for CCTVs in the area to ensure that their face does not get captured in the camera. There are few things that you as the owner of a car or a motorcycle can do to protect it from thieves. Starting with the parking. Never park it in a secluded corner. It is always better to park at a spot with regular footfalls. For motorcycles one can use disc locks and tyre locks if it is parked outside. Make sure that the vehicle is parked at a well-lit place as thieves do not like to work under a spotlight that can attract attention. Installing security devices like steering lock or gearbox locks would also help as thieves do not like to spend a lot of time on one vehicle. Install a GPS-based safety device. Such devices will tell you the live location of your vehicle and some of them also send alerts when the vehicle is started

Vehicle theft is a major problem that many metro cities and Indian states have been facing for years now. Even though, we have come across several reports where vehicles were stolen from parking spots. Various state police now using modern technology to keep an eye on such crimes and rules violations. Recently, a 20 year…